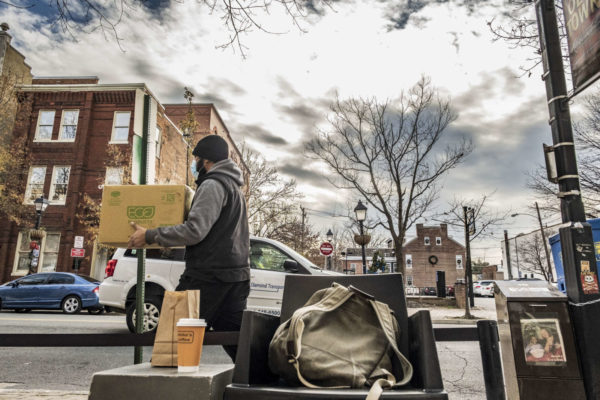 Where to Get the COVID Vaccine in Alexandria — “In early 2021, when more vaccine doses are available, people who are in essential and critical industries (including first responders) will receive vaccinations — some through their workplace, and others through doctors offices and local hospitals.” [Alexandria Living Magazine]

Christmas Restaurant Round-Up — “Below we’ve rounded up some options for meals around Alexandria. Some will offer special holiday menus, while others will be open for their usual dine-in and takeout menus.” [Patch]

Famous Alexandria Christmas Yard Goes Dark — “All of these details are important for you to know to understand why, when Vaughan recently found himself lying face down in a small creek in front of his house, unable to move his left leg, he cried. The tears weren’t for the pain of falling off a 16-foot ladder. That would hit him later. They were for the realization that the lights wouldn’t come on this year.” [Washington Post]

Jaguar Land Rover Dealership Announces Huge New Van Dorn Location — “For a long time, the Land Rover dealership on Duke Street has been bursting at its fence lines, and they are finally getting new digs on a six-acre parcel of land fronting Van Dorn Street in Alexandria, Virginia.” [Patch] 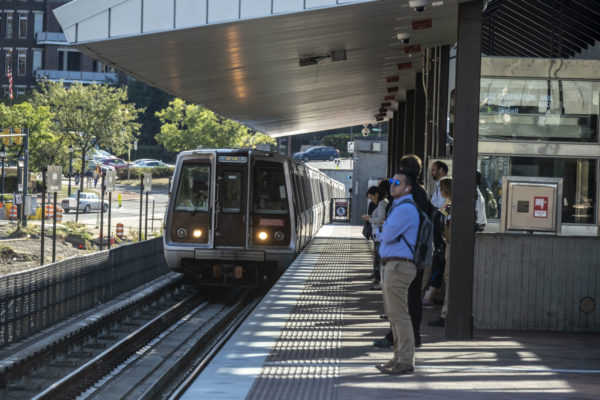 With Alexandria poised to potentially lose two Metro stations due to funding cuts, Rep. Don Beyer issued a statement blasting the proposed cuts as “apocalyptic” and said Congress should rally to pass a new set of funding.

Proposed cuts include ending service after 9 p.m., ending weekend service, reducing the number of trains, and closing operations at 19 stations. Two of those stations, Eisenhower and Van Dorn Street, are located in Alexandria.

“The proposed WMATA budget cuts would be apocalyptic for Metro service and devastate its workforce,” Beyer said in a press release. “This catastrophe must not be allowed to happen, and Congress can prevent it by passing a new aid package. WMATA is not alone in its massive funding shortfall, which is a direct result of the pandemic. Cuts like this will hit across the country without robust aid for state and local governments and specific targeted funding for transit.”

Metro had already been facing a death spiral before the pandemic, but the bad situation was significantly exacerbated by the loss of ridership — around a 90% decrease — due to COVID-19.

“On the Joint Economic Committee we predicted massive, urgent need for state and local government funding at the beginning of April,” Beyer said. “The House passed a legislative package that addressed that problem and included $32 billion in transit funding in May, but Mitch McConnell has blocked additional aid.”

Beyer was not alone. Other local leaders also shared frustration at the proposed cuts and said measures must be taken to prevent the worst-case-scenario cuts.

This is what the worst case scenario looks like and should not happen.

This will irreparably harm our region, our economy and those that live here.

Supporting transit agencies and local governments must be a key component of future Federal stimulus.https://t.co/xRhiRoTkxs 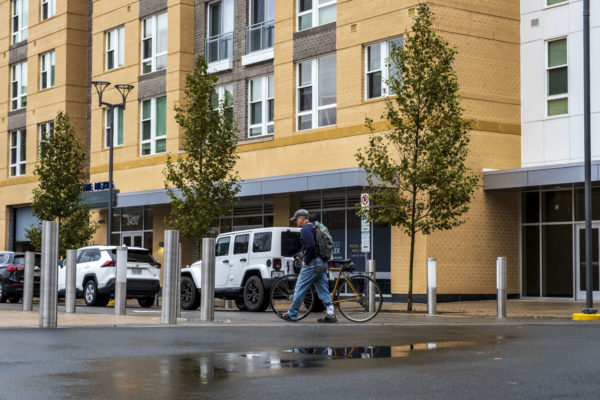 WMATA Considers Closing Two Alexandria Metro Stations — “The 19 stations that could face closure include those that are within one mile of other stations and those that are seeing the lowest usage. In Alexandria, that means the Eisenhower Station and Van Dorn Street station are on the list.” [Alexandria Living Magazine] 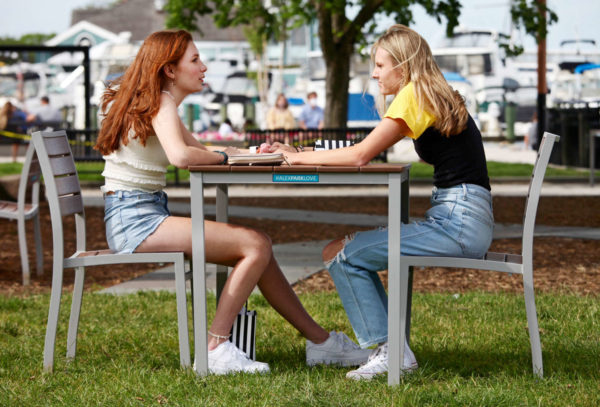 New Residential Building Promises Daycare and Retail in Braddock Area — “Right now, that property is primarily garage and warehouse space for a variety of auto and other businesses.” [Alexandria Living]

Van Dorn, Eisenhower Metro Stations Reopening June 28 — “Several stations and stops were closed in March, in an effort to conserve cleaning supplies during the early stages of the pandemic.” [Zebra]

Residential Proposal Made for Old Town North Building — “The project, at 801 N. Fairfax St., goes before the City of Alexandria Planning Commission this Thursday and may go before the City Council on July 7.” [Alexandria Living]

Nectar Coffee & Wine Bistro Closes For Good — “Susan and I have made the extremely difficult decision to close Nectar permanently. We have loved our business, awesome staff, customers and neighbors and are truly grateful for your business over the past 3 years. See you in the neighborhood!” [Facebook]

The Water Taxi is Back — “On June 22 the Potomac Water Taxi resumed service between Alexandria, National Harbor, and the District. Dining cruises resume on Saturday, June 27. To ensure the safety of all on board, a number of procedures are in place. The safety measures include requiring face coverings for all guests (ages 3 and up), physical distancing, touchless entry boarding and ticketing, and reduced capacity onboard.” [Zebra]

TEDxOronocoBayPark Cancels All 2020 Events — “We are excited to be bringing the TED content to the community virtually through the TED Circles program – save the date July 20 7 p.m.” [Facebook]

New Job: Bartender — “Be a part the Silver Diner Family! We are hiring full-time Bartenders for all shifts for our Grand Opening in Alexandria! Full-time Bartenders at our established locations can make $400-$700 in tips per week!” [Indeed] 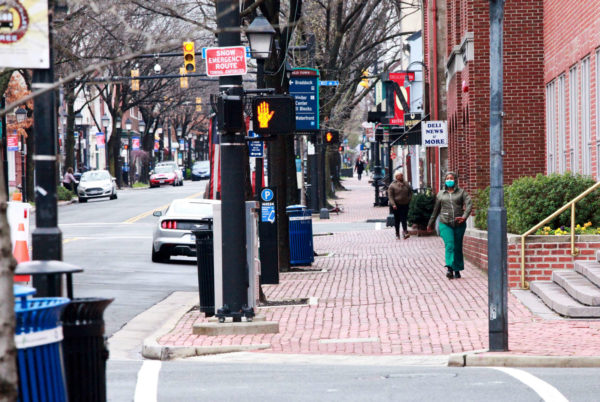 Metro Closing Eisenhower and Van Dorn Stations — “Metro’s Pandemic Task Force today announced the strategic closing of 17 additional stations, effective Thursday, March 26, 2020, in an effort to conserve critical resources and protect the health and safety of Metro employees and the public. This follows drastic measures already taken to reduce travel on Metro to essential trips only, leading to a Metrorail ridership decline of 90 percent.” [WMATA]

Inova Blood Services Needs Donors — “COVID-19 has heightened awareness of the necessity to be continuously diligent in protecting our donors both in our donor centers and while we are out in the community.  Inova Blood Donor Services is fully committed to the health and safety of our blood donors and the patients who benefit from the generous blood, plasma, and platelet donations.” [Inova]

Rotary Club of Alexandria Donates $10K to City’s COVID-19 Fund — “Recognizing many Alexandrians are already on the financial edge, the Rotary knows the grant will immediately be available to help meet the demand for emergency health and mental services, food, rent, utility, and childcare assistance.” [Zebra]

Court Appointed Special Advocate Training Goes Online — “Please say hello to this INCREDIBLE class of CASA Volunteers-in-Training! Our team has quickly moved training online so that we can continue to prepare these adults to advocate for children in our community who have been abused or neglected. We are so grateful for their commitment and flexibility as we move forward in these times.” [Facebook]

School of Rock Alexandria Launches Remote Program — “School of Rock Remote allows us to provide the same level of instruction that we’re known for, but in a way that prioritizes health and safety.” [Zebra]

Del Ray Artisans Makes Schedule Updates — “ALL INDOOR PROGRAMS ARE CANCELLED from now through the end of April. Our two outdoor programs will have fewer than 10 people and remain on schedule.” [Facebook] 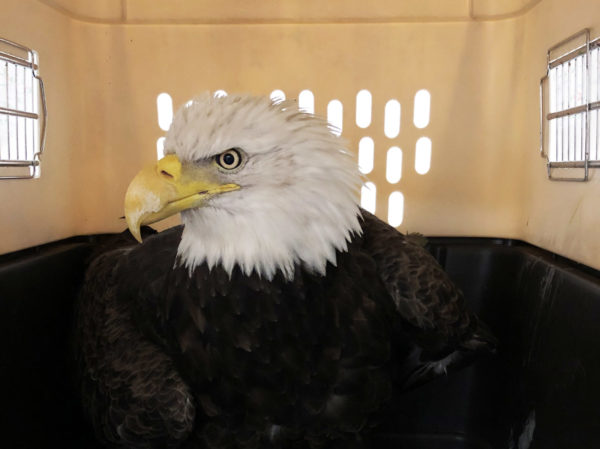 After a rocky start, new plans are coming forward to redevelop an industrial site near the Van Dorn Metro

Two years ago, plans to redevelop an industrial property belonging to Vulcan Materials — a company that creates gravel, asphalt, concrete and other construction materials — near the Van Dorn Metro went cold. But Potomac Land Group II, LLC and developer Lennar are taking another crack at the property to develop townhomes, condo units and a commercial building.

“I’ve stood here with six different developers who have tried to make this work,” said Ken Wire, an attorney for the developers, at a Sept. 11 meeting of the Eisenhower West/Landmark Van Dorn Implementation Group. “Vulcan has done the dance with three or four purchasers over the years.”

Wire said the residences at the site would be considered “middle-market housing,” affordable to a broader array of potential residents than pricier projects elsewhere in the city.

“We don’t have a lot of middle-market housing,” Wire said. “What we’re thinking about here is delivering a variety of product types so that we can serve many different residents.”

“It’s close to the Metro, but it’s a million miles away,” Wire noted near end of the meeting. “How do we make Backlick Run more than a trash heap?”

As part of the development proposal, the applicants are also offering 6.9 acres of the property as open space.

“It’s not [acres] of ball fields, though,” Wire cautioned. “It’s challenging open space on a grade.”

The site is currently used by Vulcan as a storage space for construction materials, mulch and trucks. Without a sufficient amount of density that will make a profit at that location, Wire said it will continue to operate as storage space.

“Without a certain amount of development rights, it’s highest and best use is what it is today,” Wire said. “If you put two townhomes there, guess what, it stays industrial. You need just enough development to make the new development worthwhile. Two townhouses here is not going to make it worth a sale.”

Wire said the fastest the development could come back for city approval would be next spring or summer.

“It’s a 2020 end of first quarter, second quarter-ish [item],” Wire said. “It will be after the new year that we come back with designs.”