Residents divided over plan to rename Lee Street — “For some residents, the news came as a welcome surprise and a step toward removing Confederate namesakes from the city’s streets and honoring figures or ideas they deem more worthy. For others, the petition represented an attempt to erase the city’s connection to commander of the Confederate Army Robert E. Lee, who grew up in Alexandria and has long been a focal point of the city’s history tourism.” [Alex Times]

Grocery delivery store Foxtrot under construction in Old Town — “According to a report by Supermarket News, Foxtrot’s expansion to Virginia is part of a larger effort to open 50 new stores within the next two years. Foxtrot’s new Alexandria location will be situated prominently at the intersection of King Street and Washington Street.” [Alexandria Living]

New job: Alexandria police latent print examiner — “WE’RE HIRING! Come join our team here at the Alexandria Police Department. We have a job opening for a Latent Print Examiner. Click the link for details about the job and how to apply: https://bit.ly/3lwxXty” [Twitter] 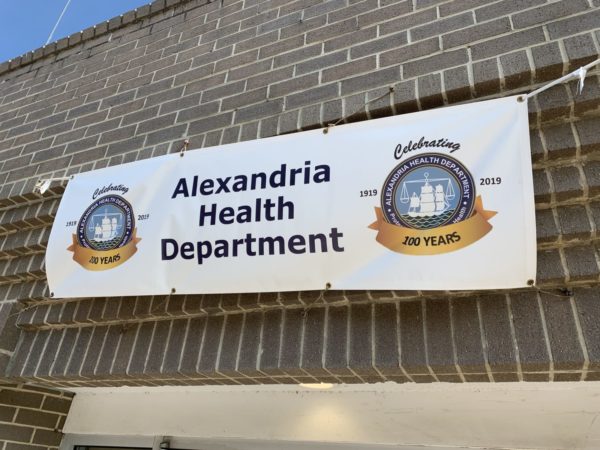 Alexandria’s efforts to build a healthier community has shone a light on inequity in the city.

From food insecurity to chronic illnesses, the Alexandria Health Department’s Community Health Assessment indicates that minority groups in the city are far more likely to be impacted by health issues than white residents.

“For example, health insurance is crucial for access to many healthcare services, but health coverage can be expensive, especially for those without coverage through an employer,” the report said. “The constant stress of living in unstable conditions, struggling to pay bills, and long work hours can exacerbate existing mental illness and also affect child brain development.”

Other findings from the study include an increase in vaping among students in Alexandria.

“Cigarette smoking among Alexandria middle and high school students is on the decline, but the use of e-cigarettes has increased by more than 50%,” the study noted.

Another finding: “Twenty-one percent of Alexandria adults report excessive drinking, and four in ten local driving deaths are related to alcohol use.”

A community meeting on Saturday (Oct. 5) sought public input on identifying priorities from the plan, with the eventual goal of drafting a Community Health Improvement Plan. Those interested in getting involved should email [email protected]v.

Here for the Alexandria Health Community Development Plan. Members of the community are choosing what we should be focusing on. We are here 9-12. This follows year long health assessment process. pic.twitter.com/SeJoY1t8TW