The week was filled with trees blooming across the city during the peak for cherry blossoms.

Aside from picturesque scenes throughout Alexandria, there were some local stories that interested you all — from new pizza places to court updates in crime cases. And at the City Council’s meeting, Dominion Energy said it will invest millions of dollars in Alexandria to prevent future outages like the one at Art on the Avenue last year.

For anyone looking for something to do this evening or who wants to find a way to help Ukraine, locals organized a fundraiser to help refugees. The event is tonight (Friday) from 6 p.m. to 9 p.m. on the rooftop of 277 South Washington Street.

And, here are the top stories from the week:

Have a great weekend Alexandria! 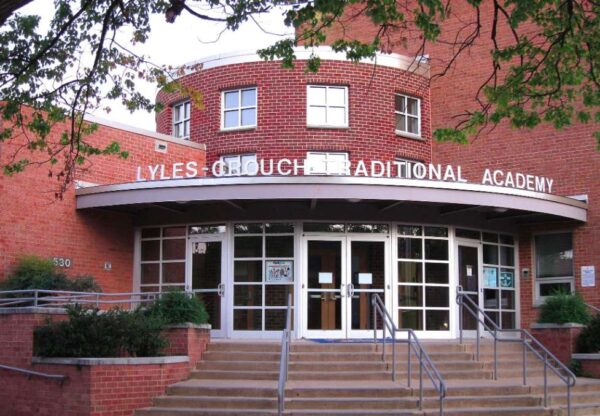 (Updated at 11:30 a.m. on March 22) Not much was taken in an overnight break-in at Lyle’s Crouch Traditional Academy earlier this month, although the suspect gained entry through the roof and no alarms went off.

On Wednesday morning, March 9, staff at the elementary school at 530 S. St. Asaph Street in Old Town called police after finding classrooms vandalized. Parents were not notified of the incident since there is no threat to school safety.

“ACPS never sent a note,” a Lyles-Crouch parent said. “Our kids told us. We then asked other employees of the school and they told us.”

There was only one wireless mouse and a stuffed animal stolen, ACPS Safety & Security Services Director John Contreras, told ALXnow. Contreras would not say whether the school’s security system was functioning.

“We do not share information specific to the functionality of security systems so as not to impact the security posture at any school,” Contreras said.

There have been no arrests.