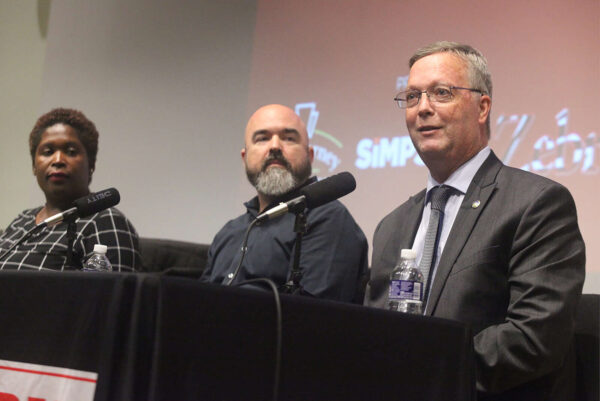 It’s been a busy week of meetings in Alexandria.

First, parents met with Alexandria City Public Schools (ACPS) leadership in a forum addressing safety in schools, a major talking point in schools after the murder of a student this summer and issues involving violent “crews” in ACPS.

In an Agenda Alexandria meeting, City Manager James Parajon said adding density to the city is vital to meeting affordable housing needs, though some in the audience expressed concerns that added density could harm the “historic nature” of Alexandria.

Lastly, the Chamber ALX held its Best in Business awards last night. Land use attorney Cathy Puskar was named the 2022 Business Leader of the Year and restaurant Chadwicks (203 Strand Street) was named Overall Business of the Year. 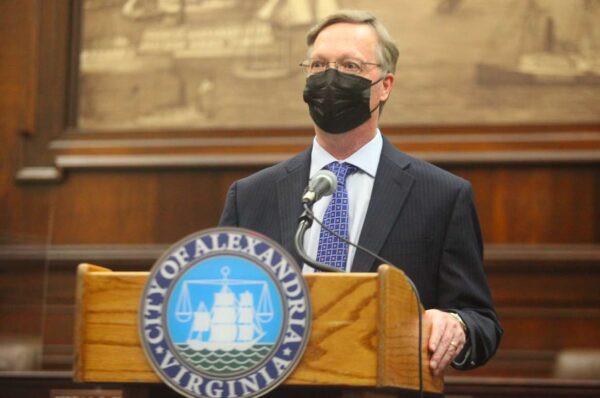 Parajon, the deputy city manager of Arlington, Texas, will start work on Jan. 18 and take over for retiring City Manager Mark Jinks.

“A nationwide search for our next City Manager was shaped by input from Alexandria residents, business owners, and City staff to find the right combination of strengths, experience and qualities to lead Alexandria’s City government,” Mayor Justin Wilson said.

Parajon was hired in a 5-1 Council vote in a special meeting, and Councilman Mo Seifeldein was the lone member who voted against him. Councilman John Taylor Chapman was late to the meeting and missed the vote.

Wilson continued, “With input through surveys, town halls and review panels, City Council sought to find a candidate who would reflect our values and we found that in Jim Parajon. We look forward to working with Jim, City staff and Alexandrians to accomplish great things together.” 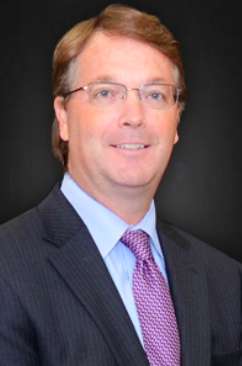 Parajon was interviewed last month by three advisory committees made of city staff, department heads, and other representatives chosen by council.  He will spend the next several weeks working on the Fiscal Year 2023 budget with Jinks and city staff.

“I’m very honored that the mayor and council put their trust in me to run this organization, and I’m so looking forward to getting to work,” Parajon told reporters Wednesday afternoon.

Jinks, who sat in the rear of Council Chambers as Parajon was voted in, said that there is a steep learning curve for the job.

“This upcoming budget will be his budget,” Jinks said. “That’s why he’s already started working on the budget before physically working here.”

The city will soon announce opportunities for community members to meet Parajon next month.

Alexandria Sheriff Dana Lawhorne, an outspoken critic of Jinks, was on one of the committees that interviewed Parajon.

“I was impressed with his well-rounded career,” Lawhorne said. “[Parajon is] a consensus builder. He manages staff from in front of the desk, not behind the desk.”

The city manager is the highest-ranked public employee in Alexandria, and makes more than $250,000 a year.

Parajon started work in Arlington, Texas, in 2006, as the city’s  director of Community Development and Planning. For the past seven years his official title has been deputy city manager for Asset Management, Communications and Legislative Affairs, Economic Development, E-sports Stadium, Fire, Libraries, Office of Strategic Initiatives, Handitran and the Municipal Airport.

Parajon’s resume also includes stints as a planner for the city’s of Raleigh and Cary, North Carolina, as well as for URS Corporation and Buchart Horn Inc.

Parajon, who is married with two grown children, says he wasn’t thinking about leaving Texas until September. That’s when he visited Alexandria for the first time and walked the streets of Old Town and Potomac Yard with his son.

“I went to the farmer’s market, went to a cocktail competition on the waterfront and just saw some of the vibrancy and some of the different neighborhoods,” Parajon said. “I said, ‘Geez, this is a really a community that really seems to be highly engaged and very involved and that’s different.'”

Parajon won’t say whether he’s a Republican or a Democrat, and said that the disclosure is a personal one. He did, however, say that his daughter is working on former Democrat Congressman Beto O’Rourke’s gubernatorial campaign in Texas.

“I would not have chosen Alexandria if it did not align with my personal interests, my personal beliefs,” he said. “I can tell you just when we get a chance to sit down together, I think it’s very clear what I am.”

A native of Poughkeepsie, New York, Parajon received his degree from Dickinson College and master’s degree in regional planning at the University of Massachusetts at Amherst.

Parajon plans on moving to the city with his wife, Elizabeth.

Parajon said by moving from Arlington, Texas, that he is leaving one of the most diverse cities in the country, and that he was drawn to Alexandria for its vibrant diversity.

Out of the last 18 city managers in Alexandria, however, 16 of them have been white males. Parajon says his track record includes multiple reorganizations to “inject more diversity into our leadership teams,” and that, under his leadership, diversity programs in Arlington were honored this year by the National League of Cities.

“Yes, I’m a white guy,” Parajon said. “What I would ask is that people give me a chance and engage with me and understand my perspectives.”

“Well, the first thing is I need to talk to those small businesses,” he said. “I need to understand what are the issues that they’re confronting. Is it labor issues? Is it issues of supply? Is it issues that a customer base has changed dramatically? Once you understand those things then we can start to think about what are the opportunities that might present themselves to address those issues. Small business is the lifeblood of a city.”

Parajon was noncommittal when asked if he conceptually supports dedicated taxes on one particular industry, such as the meals tax, which helps pay for affordable housing.

“I’m really looking forward to understanding a little bit more about the details of that (the meals tax) as well as some of the various revenue streams that come into the city as well as the expenditures,” he said. “That’s all part of that budget process that I need to get up to speed with fairly quickly.”

In the meantime, Alexandria first responders are struggling to maintain service levels and say they need raises. The issue could lead to a tax increase.

Parajon says he needs to learn more on the issues.

“Honestly, it’d be presumptuous of me to really answer in detail what I might do there, because I really need to learn and listen and pay attention and understand all the dynamics that have led to this point,” he said.