With only 15 total students in the entire school in a single room, it’s unlikely students at the proposed Bright Start Learning Center will get lost in the crowd.

“The space is currently being used for administrative offices of Bright Start Learning Center,” the school said in a special use permit application. “We propose changing the use to a private commercial school that offers enrichment classes to children ages 3 to 12. This use is separate from Bright Start’s child care center.”

The school will be open from noon to 8 p.m. on weekdays and from 10 a.m.-6 p.m. on weekends. The application says the Cameron Condominium Association Board has agreed to let the school use existing visitor parking spaces for the school.

Multiple violent charges against a 25-year-old Fairfax County man have been dismissed in court, although the man remains in the Alexandria jail without bond after allegedly assaulting police during his arrest.

The suspect was arrested on July 27 for carjacking, assault and battery, brandishing a firearm and and assaulting police.

The victim reported to police that the suspect pointed a gun at her head, pistol-whipped her with a handgun and forced his way into her car at Armistead L. Boothe Park in the Cameron Station neighborhood, according to a search warrant. There was also a male passenger in the car with the victim, and both of them told police that they bailed out of the car a short time later.

The female victim also told police that the suspect also stole $400 in cash. The handgun allegedly used in the incident was discarded in a back yard in the 200 block of Medlock Lane, and it was later found by a resident and turned in to police, according to the affidavit.

The suspect was arrested less than a mile away outside the 7-Eleven at 30 S. Reynolds Street. He was later positively identified by the female victim.

More details have been released on the armed carjacking on Tuesday night in the 500 block of Cameron Station Boulevard.

The suspect who was arrested “suffered a medical emergency” while being booked in jail and was taken to the hospital, according to police. He is reportedly in stable condition.

Police were dispatched to investigate an armed carjacking in the 5500 block of Cardinal Place near Cameron Station Boulevard at around 8:45 p.m. The 25-year-old suspect was arrested less than 40 minutes later the intersection of S. Reynolds Street and Duke Street.

Police said that a helicopter and K-9 units were called in to assist in searching for the suspect.

“During the search, officers recovered the vehicle and a firearm,” police said.

Police did not release the suspect’s name, what he was charged with, or where he is from. 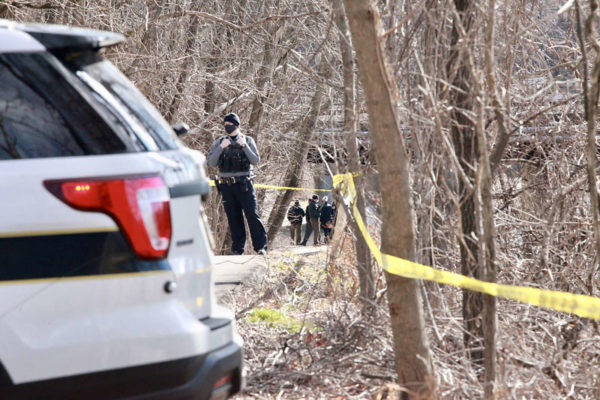 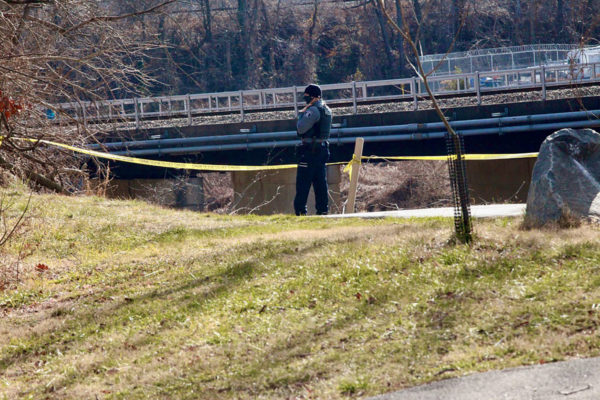 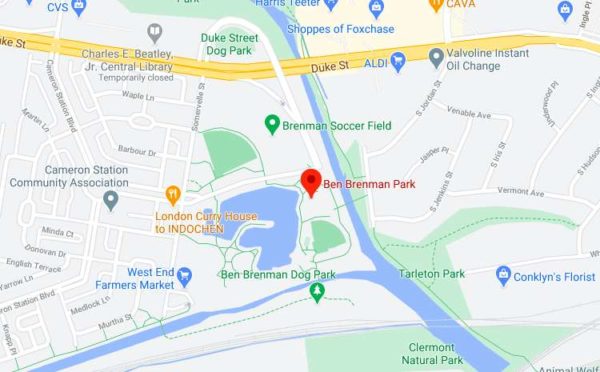 A drive-through only testing event is planned today at Ben Brenman Park (4800 Brenman Park Drive) from noon to 2 p.m.

The event is intended for those who live and work in the immediate area, including Cameron Station and other nearby neighborhoods. Walk-up testing will not be available at the event and limited parking is available.

“It is not required, but please bring your ID and insurance card if you have those,” the city said in a press release. “The event will end at the stated time, or when test kits run out. You will receive take-home instructions and a call with results within 3-5 days.”

The event is intended primarily for people without insurance. Those who have insurance or are seeking testing for travel are asked to utilize other sources.

Today from noon until 2 PM, the City will be hosting another free COVID testing event in partnership with @NeighborhoodHth 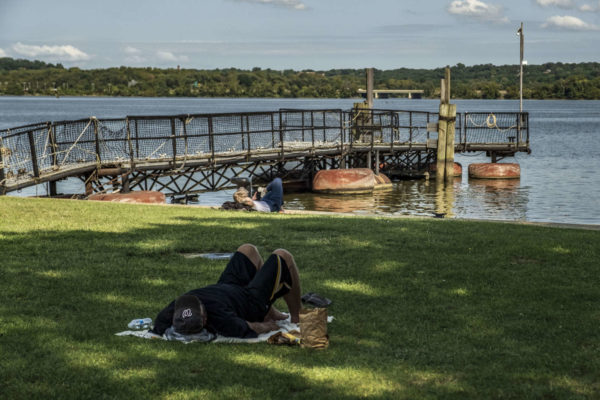 Beyer, National Capital Region’s House Delegation Write Letter to White House Over COVID Outbreak — “This is no time for publicity stunts that put people at risk, or for playing down the seriousness of this pandemic. The American people will never trust the Administration to keep them safe if the White House cannot protect its own staff.” [Twitter]

Senior Services of Alexandria Local Tours are Back — “We are going virtual starting with the Stabler-Leadbeater “Wicked” Apothecary on Friday, October 30 from 10:30 to 11:30 am. Just in time for Halloween, join us for this special program created just for SSA about some of the more diabolical concoctions created at the Stabler-Leadbeater Apothecary.” [Facebook]

New Dog Groomer Opens in Cameron Station — “The salon’s priority is making sure pets are comfortable and healthy without the added frills like pet facials and fancy styling products. Pet owners can choose from different bathing packages, grooming or a la cart services as well as a self-serve option.” [Alexandria Living] 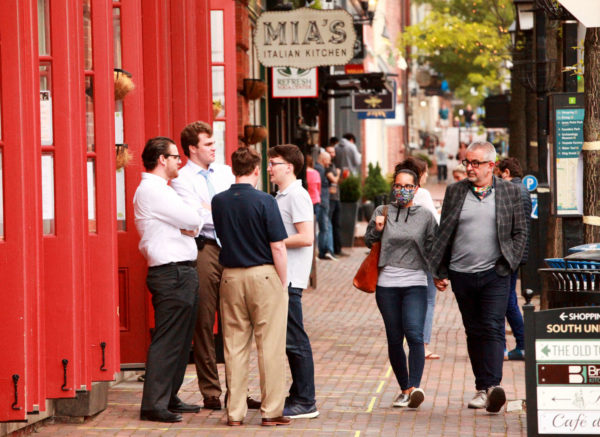 Cinema Del Ray Canceled Due to Coronavirus — “Due to COVID-19, we must ensure the safety of our fellow community members by canceling Cinema Del Ray 2020. We greatly appreciate the support Cinema Del Ray has been shown in the past. We will be back next year, better than ever!” [Facebook]

Food Trucks Lift Spirits in Cameron Station — “Rothschild started reaching out to various food truck vendors on March 25, and shortly thereafter she landed her first truck to visit the neighborhood, at the corner of Cameron Station Boulevard and Harold Secord Street – barbecue purveyor Smoking Kow. And neighbors were ready for a feast.” [Gazette]

Tenants and Workers United Raises $16K for Arlandria Community — “Many of our members have had their work hours reduced or been laid off completely. For the undocumented community, there is no social safety net: no unemployment benefits and no stimulus check from the federal government.” [actblue.com]

Contest: Alexandria Living Magazine Gives Away $600 in Merchandise — “Along with KH Giving, we can finally announce the winner of this week’s Mission Masks giveaway! Dixie won $600 worth of prizes including $250 in gift cards from Sweet Fire Donna’s, $100 from Chadwicks and $100 from Bastille and more! These gift cards are all purchased from local restaurants as a way to support them.” [Facebook]

How Funeral Homes and Cemeteries are Coping in Alexandria — “Some immediate families of the deceased elect to have ceremonies recorded or live streamed for extended family and friends who cannot be present. Others are opting to hold a memorial service at a later date, when larger groups may be able to congregate, rather than a funeral with restricted attendees now.” [Alex Times]

‘La Brocante’ and ‘Top It Off’ Open This Weekend in Del Ray — “La Brocante and Top It Off are now both open on the weekends only (including TODAY until 5 p.m.), with social distancing measures in place (extra sanitizing, limits on the number of people in the stores, and face masks).” [Facebook]

‘Pacers Running’ Donates Shoes to ‘Together We Bake’ — “Thank you @runpacers and @on_running for giving running shoes to our TWB family! We’re excited to break in our shoes.” [Facebook]

New Job: Member Marketing Manager — “We are looking for someone passionate and analytical who loves product marketing. The purpose of this role is to help drive many stakeholders across many departments to inspire members to act on our top opportunities. If you love coordinating complex marketing campaigns, then this job is for you.” [Indeed] 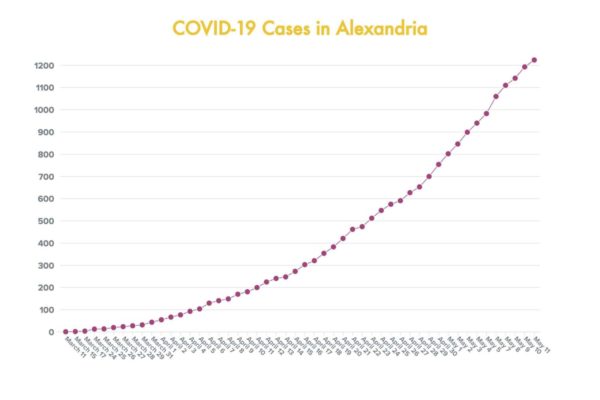 There are now 1,224 cases of COVID-19 in Alexandria, an increase of 31 new or probable case since yesterday.

No new deaths have been announced and there have been 30 fatalities due to the virus in the city. Additionally, the city’s Hispanic population leads with positive cases at 533 and four reported deaths.

The most recent fatality was a woman in her 70s, whose death was announced Saturday by the Virginia Department of Health.

There are nearly 400 new or probable cases in the city in the month of May alone. VDH also reported that there are 139 COVID-19-related hospitalizations in Alexandria, and that there have been 86 cases associated with 11 outbreaks in the city, and that 88 of those cases have been health care workers.

The area of the city with the leading number of cases is in the 22305 ZIP code, although VDH did not provide updated data this morning on case and test counts by ZIP code. As of yesterday, the 22305 ZIP code, which includes the Arlandria, Potomac Yard and Potomac West neighborhoods, had the largest number of reported cases at 360, with an estimated population of 16,095 residents.

Statewide, there have been 850 reported deaths, which is an increase of 11 deaths since yesterday, and 823 of those deaths are confirmed to have been COVID-19-related, according to VDH. There are now 25,070 cases (23,889 confirmed, 1,181 probable) and 3,300 hospitalizations (including 22 probable cases). Additionally, 167,758 tests have been administered in Virginia.

END_OF_DOCUMENT_TOKEN_TO_BE_REPLACED 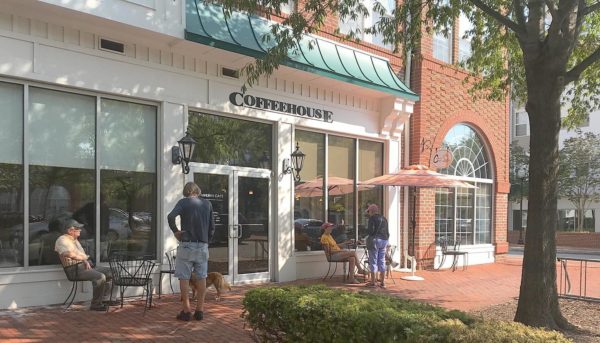 Cameron Cafe never really closed, but the little cafe that mostly serves the Cameron Run community is celebrating a ribbon-cutting for its new wine and beer bar.

The Facebook event for the celebration noted that the cafe owner and staff will be at the cafe (4911 Brenman Park Drive) from 5-8 p.m. this afternoon (Monday) to show off the new beer and wine menu. Complimentary hors d’oeuvres will also be served.

Staff at the restaurant said the new wine and beer menu is part of an expansion of the venue that’s been taking place over the last several months. While the cafe didn’t close, staff said they are still planning to host a “grand reopening” next month.