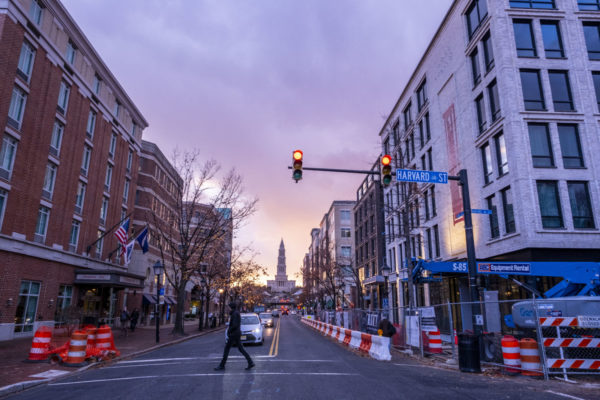 The City of Alexandria is borrowing money for school projects and the new Potomac Yard Metro station at the lowest interest rates in its history.

The city received just over $200 million in bonds at a 2.67% interest rate, it said in a press release Monday.

Local bond issuances might not be the most compelling topic, but Mayor Justin Wilson touted the result in a tweet, saying the low rate will save taxpayers millions and is a sign of economic strength.

Earning the lowest-ever interest rate on our largest-ever bond issuance is a testament to our strong local economy and decades of prudent fiscal governance.

This will save the taxpayers (present and future) of our City millions of dollars.https://t.co/rsJsTvzjLh

More from the city press release:

After major bond rating agencies reaffirmed the City of Alexandria’s top bond ratings, the City has earned the lowest interest rate in its modern history on the competitive sale of new general obligation bonds to fund the new Potomac Yard Metrorail Station and public school facilities.

“Alexandria’s thriving economy and sound financial management policies and practices have resulted in bond ratings that made it possible for the City to earn our lowest-ever interest rate on our largest-ever bond sale,” said City Manager Mark Jinks. “In particular, this means the cost of borrowing the funds to construct the Potomac Yard Metrorail Station will be significantly lower than originally budgeted. As a result, tax revenue generated by the station will be available in the City’s General Fund for other programs and services earlier, and in greater amounts, than had been previously projected.”

The City issued $204.1 million in tax-exempt bonds on December 4, including $182.34 million for the Metro station and $21.74 million for school capital projects. The bonds, which will be repaid over 30 years, sold at a true interest cost of 2.67% to JPMorgan Chase & Co., a global financial services firm. “True interest cost” represents the total cost of the debt, and includes interest payments, fees and other components. The City received seven bids from various banks and financial groups.

Combined with nearly $70 million in funding from the Northern Virginia Transportation Authority and a $50 million low-interest loan from the Virginia Transportation Infrastructure Bank, the extremely low interest rate on the City’s general obligation bonds will help reduce the financing costs of the Metro station. The bonds and loan will be repaid with the new tax revenue generated from development near the station, at no cost to most local taxpayers.

The low interest rates are the result of the City’s “AAA” and “Aaa” credit ratings from S&P Global Rating Services and Moody’s Investors Service, respectively, which were reaffirmed in November. The City has maintained these top grades from both major bond rating agencies since 1992. The higher the rating, the lower the interest rate required by bond investors. The City’s highest bond ratings and low interest rates result in very low borrowing costs for Alexandria’s taxpayers to fund capital projects and will save taxpayers millions of dollars over the life of these bonds. 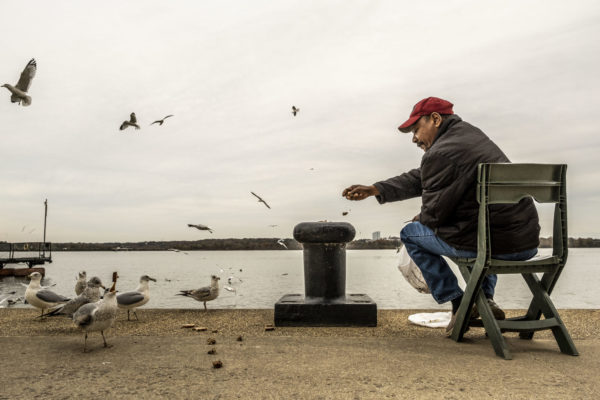 More Phone Problems for City — A week after an issue with a fiber optic line knocked out incoming calls for most Alexandria non-emergency phone lines last week, the same issue with incoming calls cropped up yesterday. It was reported to be resolved later Tuesday afternoon. [Twitter/@AlexandriaVAGov]

Czech Ambassador Visits Port City — “Today we welcomed the @CzechEmbassyDC to the brewery! We are honored to have Hynek Kmoníček, the Ambassador Extraordinary of the Czech Republic to the U.S. here. He has given the official stamp of approval for our #DownrightPilsner a Czech-style Pilsner!” [Twitter/@PortCityBrew]

Thanksgiving Cooking Tips from AFD — “Ahead of the Thanksgiving holiday, the Alexandria Fire Department is offering cooking safety tips so your meal can go smoothly. According to the National Fire Protection Association, Thanksgiving is the leading day for cooking-related fires in homes. In 2017, there were 1,600 reported home cooking fires on Thanksgiving, a 238 percent increase over the daily average.” [Patch]