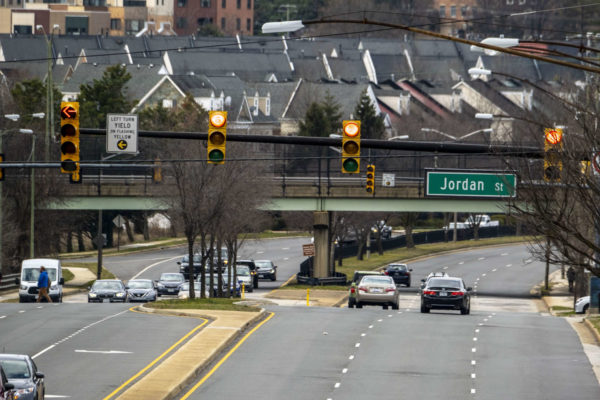 Alexandria plans to eliminate right turning on red at several intersections along Patrick and Henry street, but some of its neighbors have gone even further.

Allowing right turns on red started along the east coast in the 1970s as a fuel-saving measure and it became nationwide policy in the 80s.

Last year, D.C. announced plans to prohibit right turns on red by 2025 to improve safety in the city.

Alexandria’s current plans aren’t as ambitious: the city is looking at restricting right turns on red at several intersections in Parker-Gray and Old Town where Richmond Highway splits into Patrick and Henry Streets.

“[No turn on red] restrictions are a low-cost safety treatment that protects pedestrians by reducing collisions between pedestrians and people turning right at a red light,” the city’s website said. “These are typically coupled with signal treatments known as leading pedestrian intervals, which give pedestrians a head start into the intersection and further enhance safety.”

Should the city continue expanding “no turn on red” restrictions or stop after the Patrick and Henry street changes?

END_OF_DOCUMENT_TOKEN_TO_BE_REPLACED

More Stories
‘The most blighted property in the West End’ gets redevelopment recommendation from Planning CommissionSaving herself: Alexandria author kidnapped by Somali pirates to publish second book