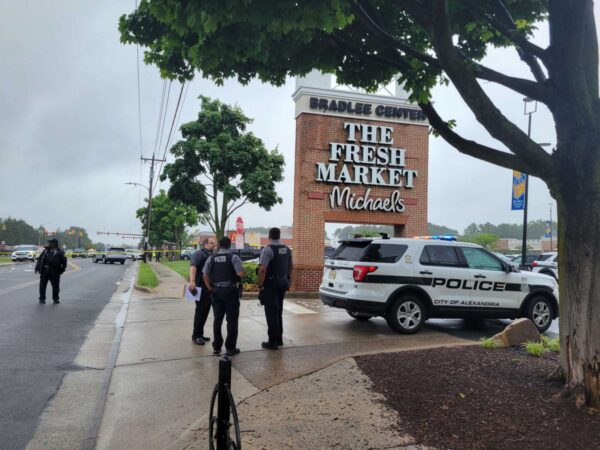 Among the many topics covered in the legislative package, Alexandria is sending to the state is a proposal that could make it easier for locals who are not citizens to join the Police Department and Sheriff’s Office.

At a meeting last week, Legislative Director Sarah Taylor told the City Council about a proposal she received from Alexandria’s Sheriff’s Office.

“We got a proposal from the Sheriff’s [Office] that has the support of the Police Department that would allow us to recruit and hire noncitizens who have been in the country for five years and are on the path to citizenship,” Taylor said. “Right now, you can receive a waiver if you want to hire someone who meets those criteria, but that’s a waiver. That means you have to go through the whole recruitment process before you get to the point of deciding to hire someone.”

Taylor said the lengthy recruitment process means it’s often cost-prohibitive for departments to invest in training non-citizens on the chance their waiver could be denied.

“The recruitment process is expensive,” Taylor said. “The idea of recruiting an individual with the fingers crossed that you’ll get that waiver is a challenge… It’s something that would make it easier to hire people who are of our community, are of the community that we are trying to reach on a more personal level through policing, and this would allow Sheriff’s [Office] and Police Department to do that in their community.”

The proposal, Taylor said, is part of a broader shift into community policing.

“It really is tied into that concept of community policing,” Taylor said.

While most waivers that are requested are granted, Taylor said the change eliminating the need for a waiver makes the recruitment process that much easier.

“[Virginia Department of Criminal Justice Services] (DCJS) will tell you ‘they have not denied a waiver that has been requested’, that is lovely, but that does not mean that every DCJS will approve the same waivers,” Taylor said. “Rather than being held to the ebbs and flows of the politics of what might happen in Richmond, putting this in code and allowing it to be something that can be done in communities where this is of value is something our Sheriff’s Department brought to the table and our police are supportive of.”