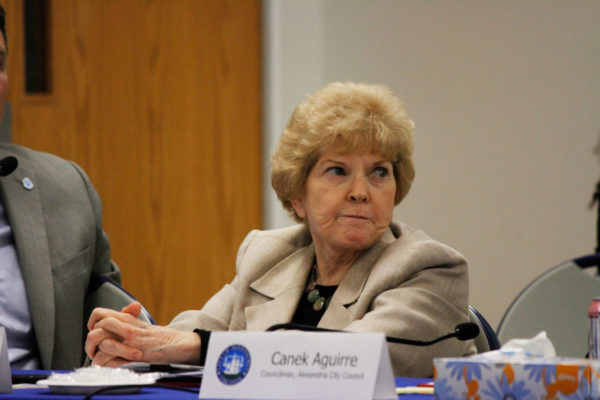 Redella “Del” Pepper finished a historic 36-year term on Alexandria’s City Council earlier this year, but the former City Council member is back and will be at helm of this year’s Alexandria Scottish Christmas Walk Parade.

The parade is set to make its return the first weekend in December.

“Campagna Center and Visit Alexandria announce the selection of Redella “Del” Pepper as the Grand Marshal for the 51st Annual Alexandria Scottish Christmas Walk Parade taking place on Saturday, December 3, 2022,” the Campagna Center, organizers of the parade, said in a release. “Pepper’s selection as Grand Marshal recognizes her status as the longest-serving member of Alexandria City Council with more than 36 years of service to the community.”

Pepper was elected to the Council in 1985 and officially finished her term on Jan. 1 this year. Pepper served as Vice Mayor three times during her time on the Council.

The Campagna Center said Pepper will be at the head of the procession she walked and rode in many times over the years.

“As Grand Marshal, Pepper will kick off the parade festivities and lead the delegations from the step-off point at the corner of S. St. Asaph and Wolfe Street, progressing through Old Town Alexandria and concluding in front of Market Square on King Street,” the Campagna Center said. “More than 100 community groups will join the celebrations.”

The release also noted that this year also marks the state of a new partnership between the Campagna Center and Visit Alexandria.

“Visit Alexandria is assuming logistical responsibilities for the event,” the release said. “Preserving the biggest holiday weekend experience ensures the continuation of a key economic driver for the city’s small business and hospitality communities and preserves a historic signature event that is a source of civic pride.”