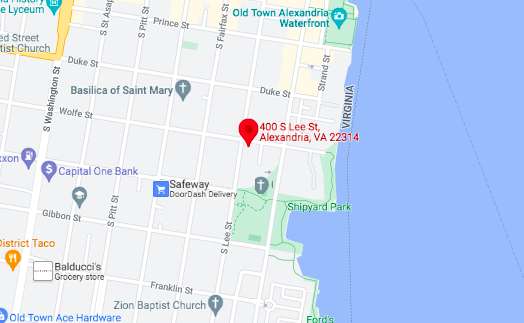 A man was robbed at gunpoint as he painted the exterior of a house near the waterfront in Old Town.

The incident occurred in the 400 block of S. Lee Street on Saturday, October 15, at around 11 a.m. Two men allegedly approached the victim, one of them brandished a handgun and the victim suffered minor injured, according to police. An undisclosed amount of cash was stolen.

There have been no arrests, and the incident remains under investigation. Suspect descriptions were not released by police.

Anyone with information on this incident is urged to call the Alexandria Police Department’s non-emergency number at 703-746-4444. Callers can remain anonymous.