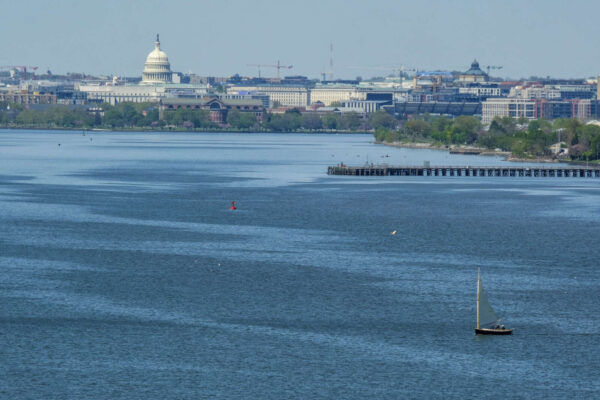 Alexandria Vice Mayor Amy Jackson said the impact of pop star Lorde’s decision to take a plunge into the Potomac River is still rippling out across local environmental agencies.

In August, the New Zealand musician told a stunned D.C. crowd at The Anthem that she’d gone for a swim in the Potomac River. In years past, the river has had a reputation for being notoriously polluted, though the water quality has been gradually improving in recent years.

Jackson, reporting on activity from the Chesapeake Bay Policy and Resources Committee, said Lorde was still the talk of the town at the recent Environmental Protection Agency (EPA) conference.

“We had our 11th annual EPA forum,” Jackson said. “We had a wonderful panel come and discuss [pollutants] and a lot of how groundwater [and] stormwater affects our city and our region, and what we can do to keep our water clean. Of course, this coincides with the Clean Water Act, and of course that all started with Lorde coming and swimming in the Potomac.”

Jackson credited Lorde with reigniting the discussion of whether or not it’s okay to swim in the Potomac River. While it’s still illegal to swim in the river in D.C., it’s legal in Maryland

“No one would probably do that a few years ago, and she’s still well,” Jackson said. “We’ve not heard that she’s come down with anything. We don’t say ‘go swim in the Potomac’ but it was definitely a great marketing tool for Lorde to do that for us.”

At a recent concert in Maryland, Lorde said she feels like a “radioactive creature” after swimming in the river.