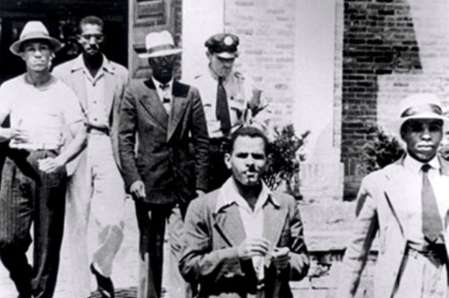 There are a number of event celebrating this year’s 85th anniversary of the Alexandria Library with discussions on the history of its branches.

The first public library in Alexandria, the Kate Waller Barrett Branch Library (717 Queen Street), opened in 1937, and is named after suffragette and philanthropist Kate Waller Barrett. In recognition of the anniversary, the Alexandria Library is conducting a number of events at its branches in the coming days.

On Tuesday, September 27, the James M. Duncan Branch (2501 Commonwealth Avenue) will host a special program to review the history of Del Ray after it was annexed by Alexandria in 1930, as well as how the the library built in 1969 and renovated in 2005. The free event begins at 6:30 p.m.

On Saturday, October 1, the Barrett Branch Library will host author Brenda Mitchell-Powell will discuss her new book, “Public In Name Only: The 1939 Alexandria Library Sit-In Demonstration.”

The event was the first known civil rights sit-in at a library. Five young black men were arrested after sitting in the library and reading after being refused library cards.

END_OF_DOCUMENT_TOKEN_TO_BE_REPLACED

More Stories
Ask McEnearney: How do you feel about the fall real estate market?New safety report reveals all 2021-2022 arrest and security incidents within ACPS