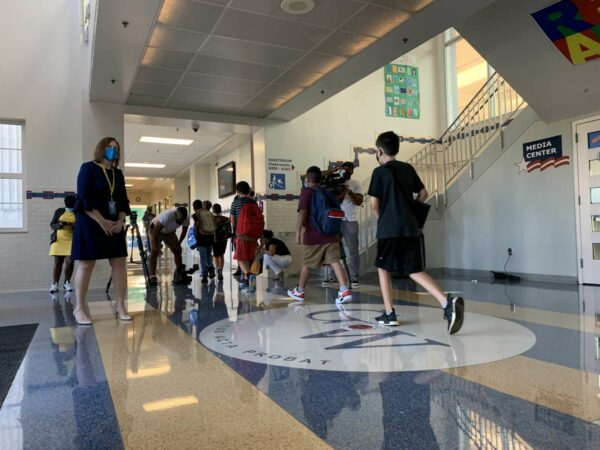 The City of Alexandria’s Children & Youth Community Plan 2025 (CYCP) was earlier this year, highlighted that while there has been some progress in areas like drop-out rates, suspensions have gone up at Alexandria City Public Schools (ACPS) and the city has failed to meet reading proficiency standards for non-white students since 2016.

Last week, the Alexandria Times reported that testing results showed students in ACPS lagged behind the state average by at least 11 percentage points in every category, and less than 50% proficiency in math and science.

While the testing results are higher than scores in previous years, they still lag behind pre-pandemic scores.

The CYCP further highlights some areas of disparity in ACPS.

In a section of the CYCP marked as “Goal: Every Child Will Be Academically Successful and Career Ready”, the report says that while white students have consistently met the ACPS target of 81% proficiency in 3rd-grade reading, none of the other student groups have met the target since 2016.

“There are multiple instances of disproportionality in suspensions at ACPS,” the report said. “For example, while Black males comprise 14% of all ACPS student enrollment, they comprise 32% of suspensions (2018).”

ACPS has also been grappling with dropout rates, though the report said those figures have gradually improved.

“All subgroups, except for Asian students, saw declining drop-out rates between 2015 and 2019; Black and white students had a dropout rate of less than 1% in 2019,” the report said. “Hispanic and English Learner students continue to have the highest dropout rates, though 2019 marks the lowest in five years for both groups.”

The report said that four out of five ACPS students graduate on time, with 10% of students dropping out before graduating. As with suspensions, there’s a racial disparity between the graduation rates as well:

A release from the city said the goals included in the plan work to ensure that children, youth and families in Alexandria are physically safe and healthy, academically successful and career ready, and have positive experiences.

The full report is available online.