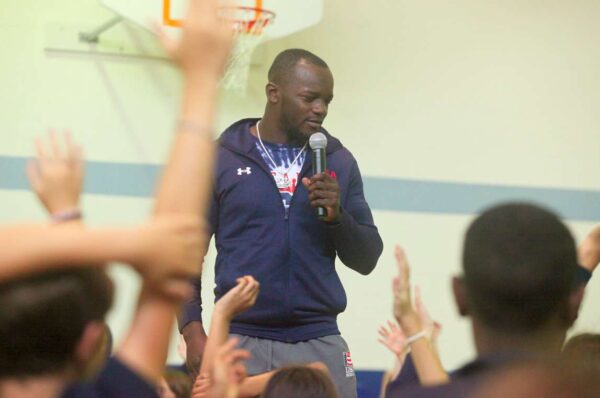 The former Lyles Crouch Traditional Academy troublemaker transformed himself into a champion, and on Thursday (August 25) he returned to his old school to talk about his boxing career and last year’s Tokyo Olympics.

“Troy worked very hard,’ Principal Patricia Zissios told students in an assembly. “Troy had some really difficult times when he was here.”

Isley agreed with his former principal.

“I didn’t know how to keep my mouth closed, so I was always in the office with Dr. Zissios,” he said. “I couldn’t control myself, I was always getting into fights. I was all over the place.”

It was the second time that Isley returned to talk to students at his former elementary school since he joined the U.S. National Team. The 23-year-old middleweight went pro in February, and has a perfect record of seven wins and no losses, with four wins coming by knockout. 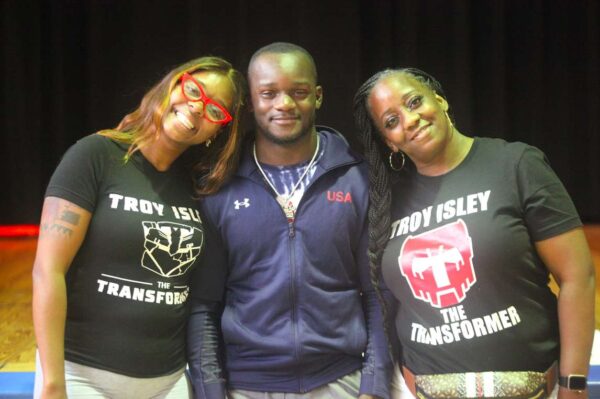 Zissious presented Isley with a principal’s award, as well as a championship boxing belt from the school PTA.

Isley trains out of the Alexandria Boxing Club in Charles Houston Recreation Center in Old Town. His next fight is in October in Madison Square Garden in New York City, and says that a title fight is at least two years away.

“I feel like I’m getting more comfortable as a fighter,” Isley said. “I’ve been working on a few things. The pro level is a lot of rounds, and you can figure out another boxer after six or seven rounds and they can figure you out.”