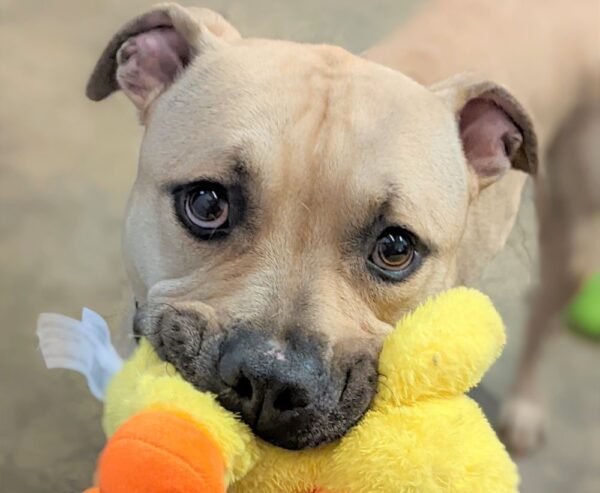 Mars has lived at the Animal Welfare League of Alexandria for four months without being adopted.

The three–year-old fawn-colored terrier mix has expressive eyes and a tail that doesn’t stop wagging when he’s in the company of his favorite people, AWLA told ALXnow.

“Mars is the AWLA’s longest resident,” AWLA spokesperson Gina Hardter said. “While the team at the AWLA provides enrichment, exercise and a whole lot of love to all the animals in our care, a shelter is no substitute for a home, and sensitive Mars is getting more and more stressed every day in his kennel.  This type of stress can affect an animal’s mental and physical well-being, and we’re worried that is just what is going to happen to Mars.”

Hardter said that Mars needs to get out of the shelter environment, whether it is through meeting his new family and being adopted into a new home or even a break from his kennel in a foster home.