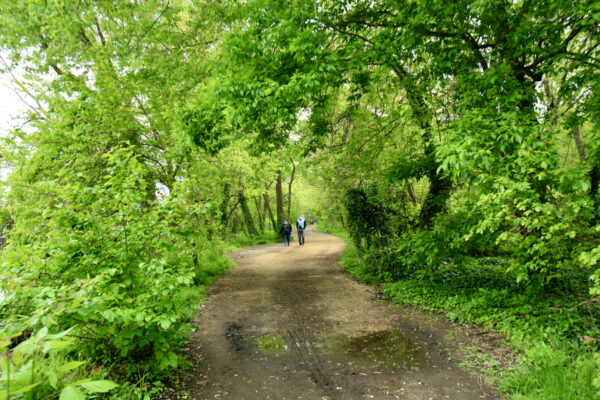 Alexandria is getting a little more green over time.

The City of Alexandria released an Alexandria Tree Canopy Assessment done by the University of Vermont that tracked the change in the city’s tree canopy between 2014 and 2018. The results are mostly positive.

“According to this assessment, Alexandria’s tree canopy increased to 32.5% in 2018,” the assessment said. “The report noted a 22.4% increase from 2014 data, with the caveat that some of that canopy gain was likely spread out over a longer period than the four-year timeframe indicated.”

Tree canopy refers to the amount of tree space visible in satellite imagery. The assessment shows that, in that time period, there were 756.5 acres of tree canopy gained and 196.3 acres lost.

Alexandria is a mosaic of landscapes, including parks, historical districts, dense commercial areas, and suburban residential lands. This patchwork leads to uneven distribution of tree canopy. A grid of 25-acre hexagons was used to visualize the distribution of tree canopy. Across the city, canopy coverage within these hexagons ranges from less than 1% to over 90%. Higher amounts of tree canopy are present in conserved forests and established residential areas–the lowest amounts of tree canopy exist in the commercial districts and along the major transportation corridors.

The study also looked at areas where tree canopy could be improved — namely areas where there are vegetated surfaces that don’t feature trees. Most of this was concentrated in areas south of King Street, like the Seminary Hill neighborhood, and near Potomac Yard.

The assessment also pointed out areas where the city experienced a loss in tree canopy:

Alexandria has experienced a net increase in tree canopy, but not all areas have experienced an increase. Removal of large patches of tree canopy due to the construction in the northwest part of the city and wetland restoration in the northeastern part of the city in the southern part of the city resulted in large, localized declines in tree canopy. Loss was also noted in other locations where new commercial properties were built. Even though there was stark evidence of hundreds of trees being removed throughout the city, this loss was offset by natural growth, some from newly planted trees but most from established canopy.

The full assessment is available online.