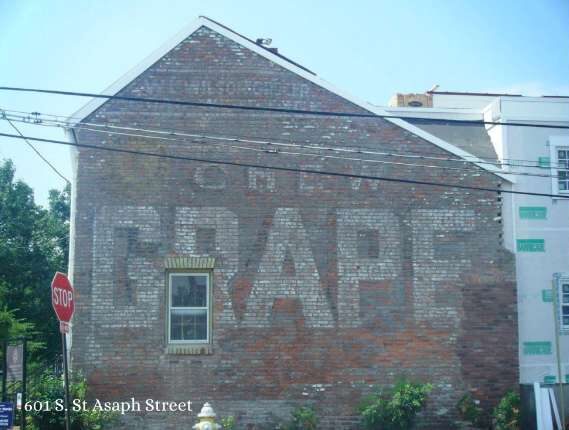 There are a number of ghost signs on buildings all over Old Town, and a home to one of them just went on the market for $1.1 milion.

The value of the property doubled after a comprehensive renovation project in 2015. While peeling away paint on the exterior of the building, a large and faded painted advertisement was discovered. The town home was built in 1842, and was a grocery store during the early 20th century.

“The building was initially built as a residence in the historically African-American neighborhood of the Hill, but changed uses over time,” the Alexandria Archaeology Museum said on Facebook. “W.L. Wilson is likely William L. Wilson who is listed in the 1904 City Directory as operating a grocery store here with his brother Wadsworth. Grape Chew was a type of chewing tobacco manufactured by the R.A. Patterson Tobacco Company of Richmond.”

The two-bedroom, two-and-a-half bath home went on the market on April 28, and is owned by former Washington Nationals broadcaster and MLB player F.P. Santangelo.

END_OF_DOCUMENT_TOKEN_TO_BE_REPLACED

More Stories
Ask McEnearney: How do I narrow down neighborhoods for my home search?Gang robs man of wallet at night in Arlandria