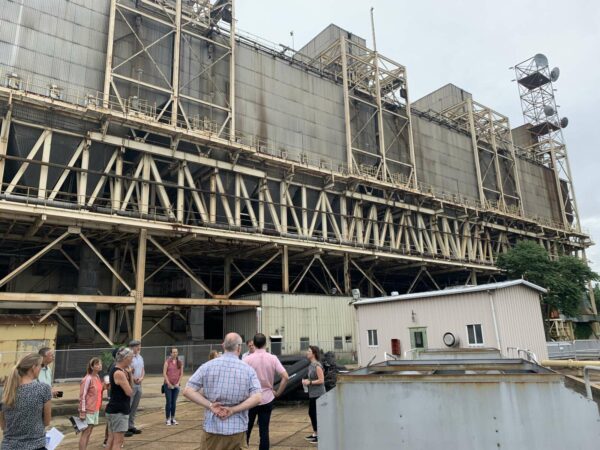 (Updated 5/4) In case you missed your chance for a tour of Alexandria’s abandoned power plant the first time around, the Urban Design Advisory Committee (UDAC) is hosting a tour around the perimeter of the site next week.

The UDAC is scheduled to meet on Wednesday, May 11 to tour the perimeter of the Potomac River Generating Station (PRGS) at 1300 N. Royal Street around 8:30 a.m. The tour will be followed by a UDAC meeting at City Hall at 10 a.m. Both the tour and the meeting are open to the public.

The UDAC meeting following the tour is also scheduled to include a review of the standards and guidelines for the PRGS redevelopment and a bigger-picture look at what the city wants to get out of the development.

The site is largely overgrown and faces numerous ecological issues — in addition to a suspicious oversight — prior to redevelopment taking place. The current plan is to replace the power plant with a mixed-use development neighborhood with a heavy emphasis on pedestrian and bicycle transit. Demolition is expected to start by the end of 2022 with shovels in the ground for new development in early 2024.