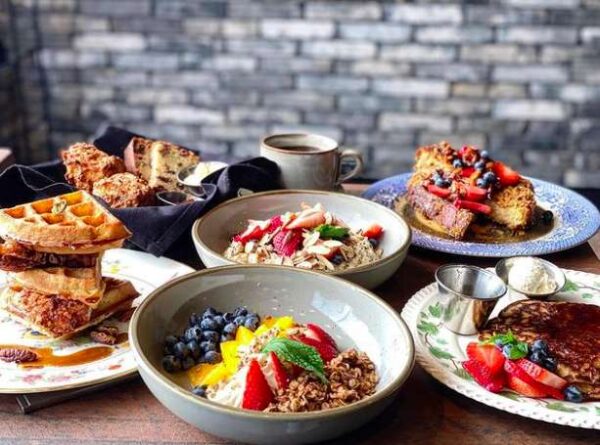 Ready for all-day brunch in Del Ray? Matt & Tony’s opened today (March 16) at the former Charlie’s On The Avenue.

Alexandria Restaurant Partners bought the 3,000 square-foot space at 1501 Mount Vernon Avenue last fall with the intention of turning it into a concept called Joe’s Kitchen, but those plans were scrapped when ARP managing partner Matt Sloan announced he was leaving to open his own restaurant. ARP offered the space to Sloan, who moved to D.C. a year-and-a-half ago from Michigan to be the general manager of ARP’s Ada’s On The River and The Majestic.

“Thank you to EVERYONE who helped get us to this moment!” Matt & Tony’s wrote on Facebook.

The menu is based around an all-day brunch concept, and the restaurant is named Sloan and his great-grandfather Anton (Tony) Schabas, a pastry chef who emigrated to the U.S. from Austria at the turn of the 20th century.

Charlie’s closed in January 2020, after being in business for less than three years. Before that it was home to Fireflies for 15 years.

Matt & Tony’s is open from 8 a.m. to 9 p.m. Tuesday through Sunday and is closed Monday.