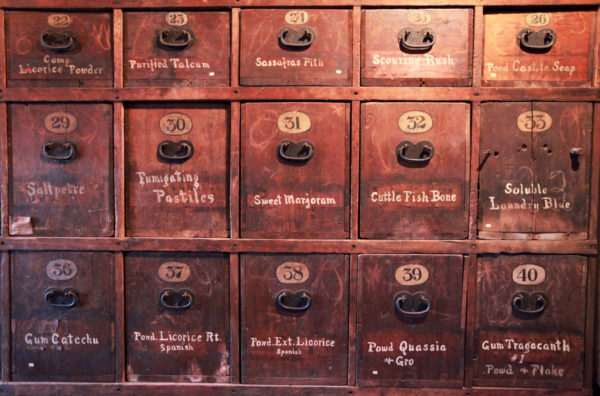 Fans of Diana Gabaldon’s Outlander series have another treat on Sunday (March 6) in Old Town. In addition to the season 6 premier on Sunday, there will also be an Outlandish Tour of the Stabler-Leadbeater Apothecary Museum.

The Apothecary Museum is known for incorporating popular culture into their work. For years, their Harry Potter tours have been popular for potions-masters-in-the-making.

The Outlander romance series is about a World War II-era British nurse who is transported back in time to the Scottish Highlands in 1743. The Apothecary Museum first opened for business in 1792, and operated until 1933.

This Sunday’s tour begins at 11 a.m. and a guide will talk about some of the herbal medicines that are featured in Outlander series, as well as the role of apothecaries and women in medicine in the 18th century.