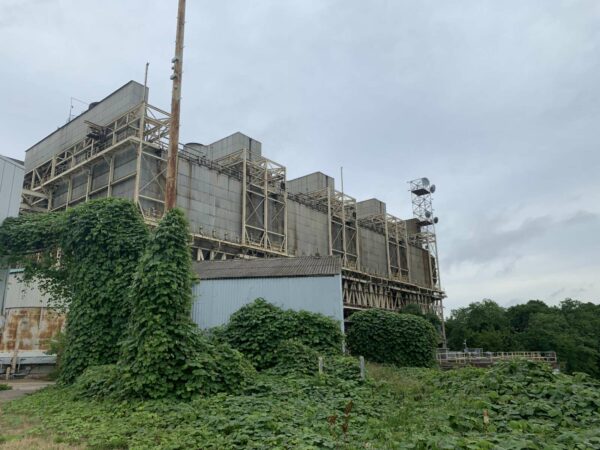 Alexandria residents and workers are planning to rally at a City Council meeting tonight (Tuesday) to try and push the city to demand developers of the former GenOn power plant to go beyond current affordability plans.

In a release, local union and tenant organizations said the city should require commitments to higher-wage jobs and more housing.

“Dozens of hotel workers with UNITE HERE and Southern Towers immigrant tenants with African Communities Together will rally in front of Alexandria City Hall,” the release said. “As the Council is scheduled for an update on the Potomac River Generating Station redevelopment, Alexandria residents are saying whatever development replaces the coal plant needs to create good, sustainable jobs.”

Hilco, the developer overseeing the transformation of the derelict power plant into a mixed-use community, has included plans affordable housing to be incorporated on-site. Along with public art uses, these are requirements for any development going above the allowed density requirements.

UNITE HERE Local 25 said in the release that local workers are struggling with rising rents in Alexandria that leave the city unaffordable. The release said the union hopes the city can push for more units than what are currently required under city law.

In particular, UNITE HERE cited a proposed 225,000 square foot hotel as a potential concern for local wages, and recalled some of the recent debate around wages at a hotel financed by the city.

New plans are scheduled to be presented at tonight’s City Council meeting, with an approval process scheduled to run over the next few months and demolition potentially starting in 2023.