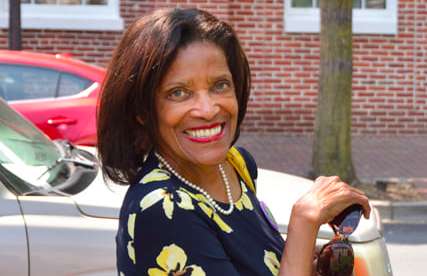 King, who was in her early 70s, died at her Alexandria home on Thursday morning, Dec. 9, after a brief illness, according to friends. The news was a surprise to many city leaders, activists and friends.

“Very shocked to hear that news,” Mayor Justin Wilson said. “She was such a vibrant presence in our City. Constantly showing up and giving back to our community in so many ways.”

King, who descended from a freed slave from George Washington’s plantation, lived in Alexandria for more than 30 years.

Notes of shock and support have poured in through Facebook.

“What an unthinkable and shocking loss,” wrote former Mayor Allison Silberberg. “I’m so saddened. Florence has made a phenomenal difference here in countless ways, and she was a friend to all. My deepest sympathies to all who knew and loved her, especially her family. Her life was a blessing and she will be sorely missed.”

A native of Fairfax County, she received a major degree in sociology and a minor degree in business administration from George Mason University, after which she worked for 17 years with the federal government. She later founded financial literacy company FMK Credit Education Center and donated her spare time to community causes. She was chair of the regional council of the United Way, chair of the Alexandria Employment Commission, sat on the Board of Trustees for the Alexandria Symphony, and was vice chair on the board of Agenda Alexandria.

Vice Mayor Elizabeth Bennett-Parker said that King was a stalwart of the community.

“I served with her on three boards & she was a constant source of kindness and positivity,” Bennett-Parker said. “Her positive impact on our community will live on for generations.”

In 2018, King was honored as a Living Legend of Alexandria. In April, she announced her Independent candidacy for City Council.

King is survived by a brother, three sisters, a son and two daughters. Her memorial service is scheduled for 11 a.m. on Saturday, Jan. 15,  at McLean Bible Church, 8925 Leesburg Pike in Vienna. 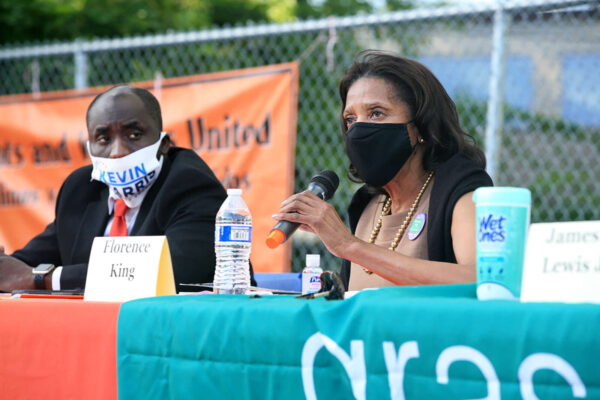