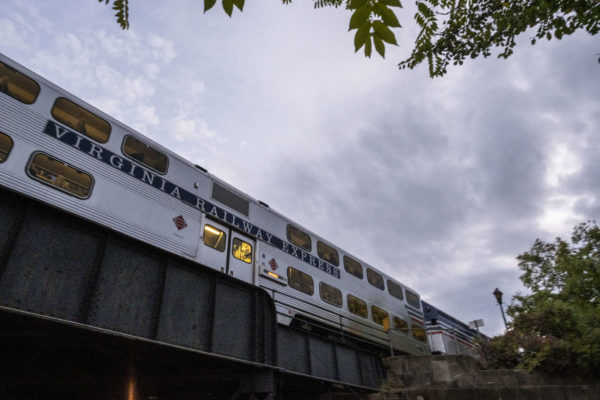 A $30 million overhaul of Alexandria’s Union Station, a Virginia Railway Express stop, is in the final design phase and is working through some final permitting ahead of project construction next year.

An update scheduled to be presented to the Northern Virginia Transportation Commission (NVTC) tomorrow (Thursday) noted that the project is going through permit coordinating with the City of Alexandria as part of the final design phase.

“Passenger safety will be improved by replacing an at-grade pedestrian track crossing with elevators to connect the two platforms,” the NVTC description said. “The elevators, along with
the current and proposed stairs, will connect to the existing tunnel between the two platforms. Adjustments to platform elevation will eliminate the need for stepboxes to access VRE and Amtrak trains. The center platform will be widened and lengthened to accommodate trains on both tracks.”

The widening of the center platform will allow the station to accommodate two trains at any given time, cutting down on the regional bottleneck around the D.C. area.

The VRE site also says the project also takes into consideration the Department of Rail and Public Transportation’s plans to build a fourth track through Alexandria, though the fourth track won’t stop at the VRE station.

“This project will take into consideration the design for DRPT’s planned Alexandria Fourth Track Project,” the VRE site said. “The new fourth track will not have platform access and will be built next to Track 1.”

Permit pending, the project is scheduled to start construction next year.