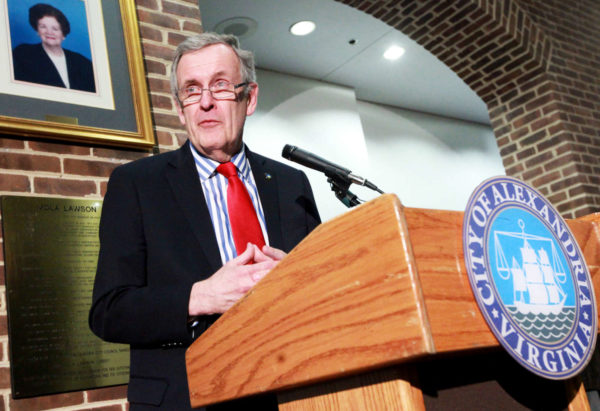 At an upcoming Alexandria City Council meeting on Tuesday (Oct. 26), City Manager Mark Jinks is scheduled to present a planned mid-year pay increase for city employees, though local unions that have been pushing for pay adjustment say it’s far from enough.

According to the docket, the proposal will be to restore a compensation initiative that had been eliminated last year because of COVID-19 revenue losses.

The report notes that the plan is to:

The compensation initiative is a 1.5% rate boost to all city pay scales, with increases for various positions like captains and lieutenants in the Police Department and Sheriff’s Office, as well as for the deputy fire chiefs and chief deputy sheriffs.

The item also “indicates that compensation will be a priority for funding consideration as part of planning for the upcoming FY 2023 proposed City operating budget.”

In response to competitive pressures and in recognition of the dedicated work of Alexandria’s public servants, Council will be considering a package of rare mid-year pay adjustments, including an across-the-board salary increase, bonuses and targeted increases for public safety. pic.twitter.com/jZN3UhOTR5

Earlier this week, the Alexandria Committee of Police, IUPA Local 5, and Alexandria International Association of Firefighters Local 2141 attacked city leadership over employee pay and funding for programs within those departments. City officials answered that these concerns were being blown out of proportion as a collective bargaining technique.

“This suggestion is almost as insulting as the 1.5% pay increase that the City Manager has proposed to solve our understaffing problem,” the union said in another joint press release. “Our members have been underpaid for years, and the City’s own benchmarks show that they aren’t meeting the promise of paying at the midpoint of our regional comparators.”

The release pointed to Montgomery County’s $10 per hour premium pay for frontline workers as an example — though Montgomery County police have also expressed disgruntlement over pay issues. The unions also criticized Jinks for using a 2019 study indicating comparative pay between Alexandria and other jurisdictions rather than one from last year that showed that gap had further worsened.