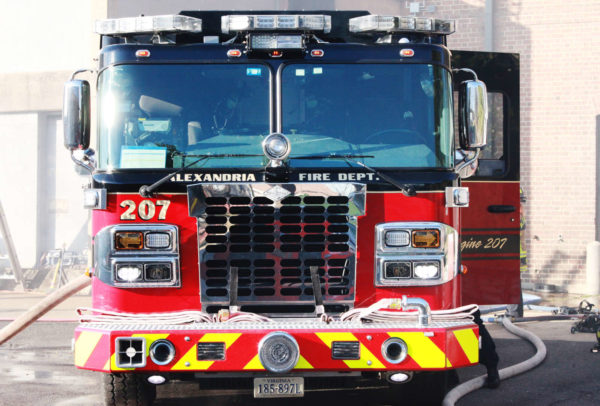 (Updated 3:40 p.m.) Organizations representing Alexandria police and firefighters are taking the city to task for what they say are chronic underpayment issues that put local residents at risk, but city officials say the push is a negotiation tactic in the ongoing collective bargaining discussions.

“Alexandria’s starting salary ranks 19th out of the 20 Northern Virginia jurisdictions, and we’re seeing how that impacts recruitment and retention.” said Marcus Downey, Vice President of the Alexandria Committee of Police, IUPA Local 5. “Through the first 9 months of the year, we have already lost 30 officers who have left for better-paying jobs, but we’ve only been able to hire 11 replacements. In a city where the crime rate has increased 15% since 2019, it is a safety risk for the community, and for our officers, when we can only replace 1 out of every 3 officers we lose.”

IAFF Local 2141 said in the press release that there are similar issues at the Alexandria Fire Department.

“Five years ago, before I joined the Alexandria Fire Department, I worked at the Wal-Mart warehouse” Said Matt DeBenedetto, an Alexandria firefighter. “I got paid more back then, working there than I do working for the Fire Department now. How can we recruit and retain people willing to run into burning buildings if safer, retail jobs pay significantly more?” 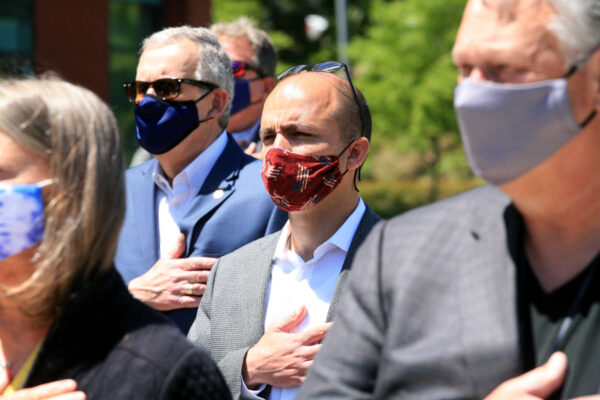 Kelly Gilfillen, acting director of the Office of Communications and Public Information, said the advocacy push around police and firefighter pay is part of a collective bargaining strategy.

“As the City enters a new era of collective bargaining, it is understandable that the Police and Firefighters unions are initiating a public advocacy campaign to substantially increase their compensation,” said Gilfillen. “However, the Police and Fire Departments are well funded and the residents of Alexandria are safe.”

Gilfillen said the city periodically benchmarks its pay with that around the region and the City Manager makes pay recommendations based on the findings of that benchmarking.

“In the last seven years, the City Manager has made public safety pay increase recommendations six times,” Gilfillen said. “Any future pay recommendations made would need to be based upon regional benchmark findings and be equitable for all City employee groups.”

Despite this, Alexandria Police Officers have a lower starting salary than the city’s neighbors. In Alexandria, starting salary is $50,839, while that’s  $54,969 in Fairfax County and $56,035 in Arlington. Firefighters are also paid significantly less than neighbors around the region.

Gilfillen said City Manager Mark Jinks is planning to address this, at least in part, at next week’s City Council meeting.

“The City Manager plans on issuing an unprecedented mid-year pay proposal to City Council on Tuesday,” Gilfillen said. “He discussed it with the unions and other City employee groups last week. While the mid-year pay proposal is not a panacea, the City Manager has indicated, in recognition of the tight labor market, that he will be recommending to City Council this week that employee compensation is a priority consideration for planning next fiscal year’s budget.”