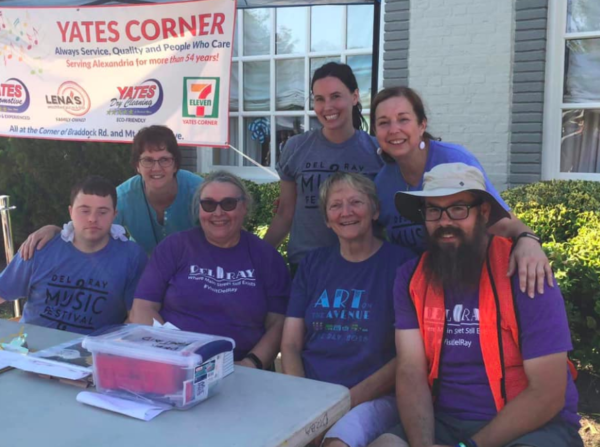 He was 39 years old, and the cause of death has not been released.

Gillette, who lived in the city’s Lynnhaven neighborhood, is survived by his wife, Abby, and their young daughter.

“Just a tragic loss,” said Alexandria Mayor Justin Wilson. “Matt was someone with a deep and abiding faith, who saw his mission to help his community. We will miss him so much.”

Gillette was the director at the National Community Church in Potomac Yard, as well as co-chair of Hunger Free Alexandria and executive director of Restore Alexandria.

“Matt was a quiet, selfless force in our community,” said Bill Blackburn of the Homegrown Restaurant Group. “My heart aches for his young family.”

“It’s not just about putting something on a plate, but more about having a place where people can feel like they have a sense of community,” Gillette said of the Alexandria Gratitude Table in 2019.

Notes of shock and grief have also poured in through social media.

“For anyone who was blessed and lucky enough to know Matthew Ian Gillette, you know how unbelievable and devastating the news of his passing is to our community,” wrote Del Ray’s Gayle Reuter. “Whenever and wherever he saw a need, he was there to fill it.”

A GoFundMe campaign has raised more than $4,000 to support Gillette’s family.

Funeral arrangements have not yet been released.

END_OF_DOCUMENT_TOKEN_TO_BE_REPLACED

More Stories
Alexandria Police say quarrels over music may account for some school violenceListing of the Day: 2 Wolfe Street