Alexandria’s Troy “The Transformer” Isley says it was a dream come true to box in the Tokyo 2020 Olympic Games.

Isley, a middleweight, won in his Olympic debut against Vitali Bandarenka of Belarus on July 26. He was disappointed after a mid-fight comeback to lose his second fight against Russian Gleb Bakshi on July 29, which knocked him out of the tournament.

“I feel like I did enough to win, but in a pro game you’ve got to wait for safe shots and land clean punches,” Isley told ALXnow. “But it was a dream come true to compete in the Olympics.”

Isley says he should have landed more punches in the early rounds of his Olympic bouts.

The 22-year-old has a 2-0 record since turning pro in February, and is a graduate of T.C. Williams High School. He is also one of three Titans competing in the Olympics. 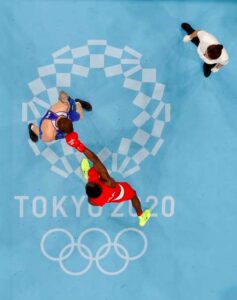 “Dennis always believed in me, and more confidence in me and he always said I’d be a star in the game,” Isley said. “I wish he was here.”

Isley said he was nervous before his first fight in Tokyo.

“I was getting real quiet, and I was nervous,” he said. “It was the big stage, and I wondered if I’d be the same Troy who got the bronze medals at the 2017 World Championships and the Pan American Games.”

Isley is now cheering on his friend and teammate Keyshawn Davis, of Norfolk, who also briefly trained with the Alexandria Boxing Club. Davis fights in the semifinals on Friday at 1:30 a.m. EST.

“I’m happy for him,” Isley said. “I think he’s trying to bring that gold medal back, but he’s doing good. He’s focused.”

Isley said the most memorable moments of the games have been competing, getting gear and meeting star athletes. Most of the athletes — except the basketball players who are staying elsewhere — are confined to the Olympic Village, he said, but a lot of them congregate in game rooms. 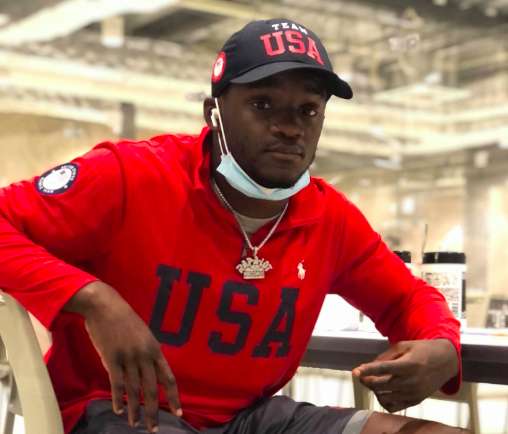 “The most memorable moments will definitely be the opening ceremony and being on TV, celebrating with my teammates accomplishing this dream we all had four years ago when we first made the team,” he said. “Then meeting all these star athletes I looked up to growing up, like Kevin Durant and Damian Lillard, and winning my first fight. These are moments I will never forget.”

Isley is coming home to Alexandria after the Olympics, and is planning on resuming his pro career with a fight this fall.

“At the end of the day, I’ve been away since May,” he said. “I just want to get back to my community and chill.”