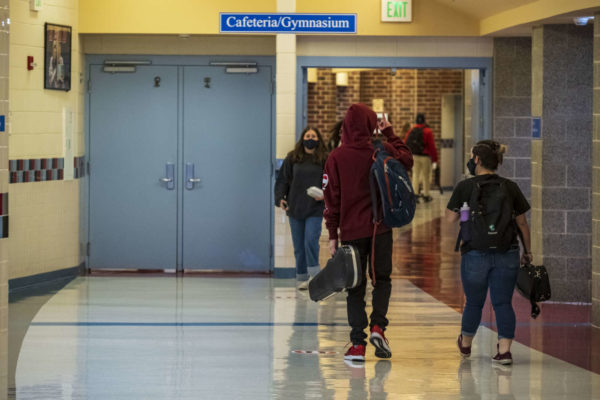 Last year marked the first time in 14 years that ACPS saw an enrollment decrease, and with schools headed back to in-person teaching at the end of the month it’s likely that the school system could see enrollment increases in the years to come.

So, where are all the new kids coming from?

In addition to overall population growth — the city population has grown by 14% in the last ten years — Mayor Justin Wilson explained in a recent newsletter that city studies have found that not all development contributes to student population growth equally.

“The type and age of housing is a significant determinant of the student generation rates,” Wilson said.

Wilson pointed to a report put together by the Joint Long Range Educational Facilities Work Group roughly eight years ago that analyzed data on what types of housing have a greater impact on the population of ACPS.

“Today, 88% of ACPS students live in housing that is over 30 years old,” Wilson said.

While there has been much new construction in Alexandria over the last few decades, Wilson said the high-rise apartment complexes and townhouses weren’t found to be major sources of student populations.

ACPS saw a 3% decrease in its student population — 474 students — last year, in large part due to the pandemic and the school’s shift toward virtual learning. Even Superintendent Gregory Hutchings pulled his child out of ACPS to send to private school. But while questions remain about how schools will safely implement in-person learning with concerns about the delta variant of COVID-19, the school has committed to returning to five day, in-person education this month after utilizing a hybrid model last year.