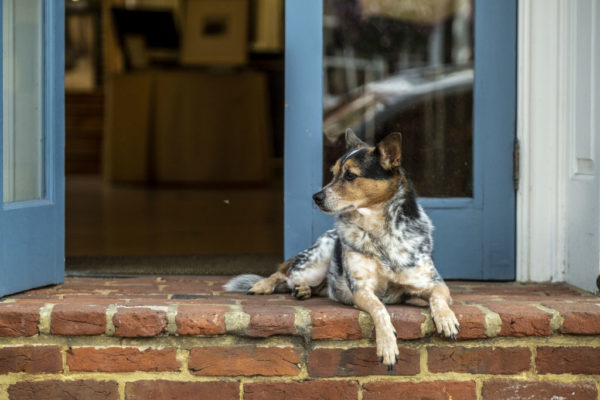 Alexandria is updating some of its comically outdated code to adjust some of the restrictions on dogs in Alexandria.

The contemporizing of the canine corollary to city code is scheduled to be considered by the City Council the Tuesday, July 6, meeting.

A large section of the updated code clarifies when and under what conditions dogs can bark. A line in the old code forbid Alexandrians from keeping dogs that bark or howl “to such extent as to annoy any resident or keep dogs in such a manner as to cause offensive odors.” Instead, the new language specifies that dogs are forbidden from barking or howling:

Between 10 p.m. and 7 a.m. that is plainly audible in any other person’s residential dwelling with the doors and windows closed and the source of the sound generation is discernible regardless of whether such doors or windows are closed; or

The updated code specifies that this doesn’t apply to any dog that was responding to pain or injury or protecting itself, its kennel, its offspring or a person from an actual threat. The ordinance also doesn’t apply to police dogs when “on duty” or dogs engaged in agricultural work.

The code also specifies that dogs — other than seeing eye dogs — are not permitted on public property like playgrounds of public school grounds.

The existing code notes that it’s forbidden to “knowingly or willfully” urinate or defecate on private property of people without their permission. Urination or defecation on public property is mostly verboten as well, though the code allows that urination on streets or alleys is mostly fine and defecation isn’t a violation if the owner promptly disposes of the dog poop.