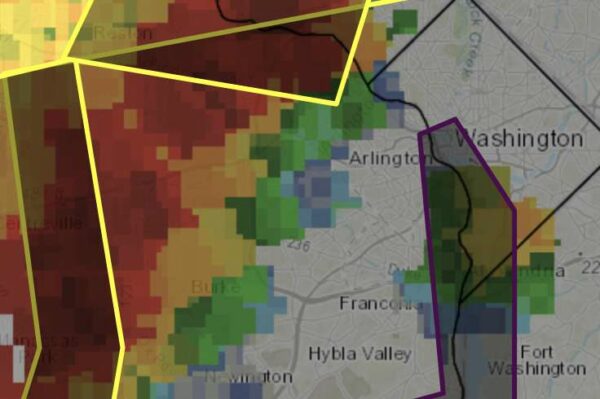 The National Weather Service has issued a flash flood warning for Alexandria.

“Avoid small streams and do not drive through water on roadways,” the city’s emergency services said.

The city is also under a severe thunderstorm warning.

Big sky in Alexandria after that storm that just passed. pic.twitter.com/uwGaVh3SKr

* From 2 PM EDT this afternoon through Friday morning.

* Several rounds of thunderstorms are expected this afternoon through early Friday morning with localized rainfall rates of up to 1-2 inches per hour possible. Total rainfall amounts of 1-3 inches, with locally higher amounts up to 4 inches are possible.