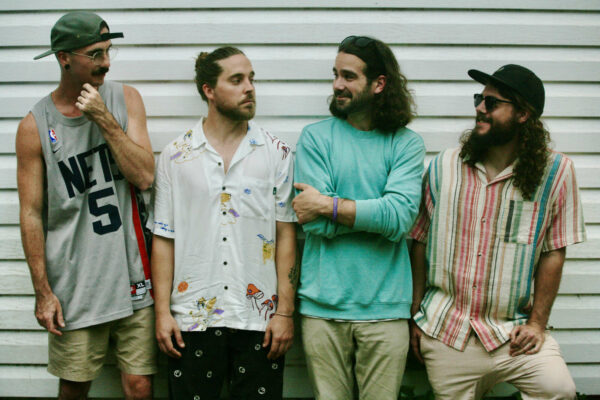 Alexandria’s Reggae band FeelFree is back on the road, and their latest single “Big Shot Man” is a political statement that took years to write.

What system are they rebelling against? The presidency of Donald Trump, which inspired musical creations that garner millions of listens.

Andrew Pfeiffer, the band’s lead singer and trombonist, said that the song’s not so much about complaining as it is an expression of what he and his bandmates felt for a while.

“It was just a response from living the last four years,” Pfeiffer said. “I mean, the chorus just says it all — ‘We love what you hate, we build what you break.'”

It’s FeelFree’s second single of 2021, and the band plans to release three or four more songs before the end of the year. The COVID shutdown meant shifting from playing 90 or so live performances a year (mostly local, with some tours) to no gigs whatsoever for the band that won the 2019 Whammy Award for Reggae Album of the Year.

“We were playing almost 90 dates a year, and we’re trying to get back to that now that the great awakening is upon us,” guitarist Evan Hulehan said. “I think it was a good reset for me. I got to take a step back and build up parts of my studio and get a little more creative and experimental.”

FeelFree will play on Friday, July 2, at Hammerheads Dockside in Rehoboth Beach, Delaware; On July 3 at Riptide Pool Bar in Ocean City, Maryland; and a ticketed show at Union Stage in D.C. on Saturday, July 17.