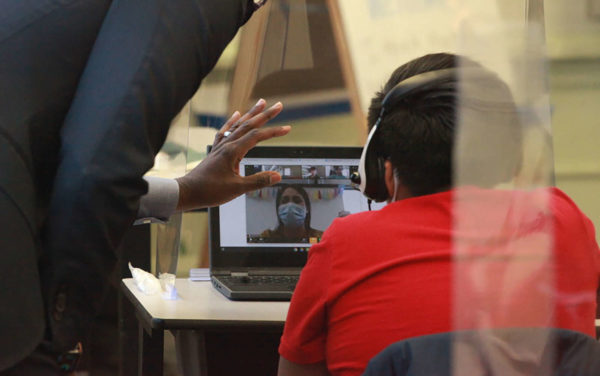 That’s according to last week’s virtual meeting of the Parks and Recreation Commission, which looked over a slew of updates for various projects throughout the city.

The Commission, like most city bodies, will start going back to in-person meetings starting next month. It was an issue that has caused a mini-controversy within the city’s boards and commissions.

The state-level ordinance allowing local in-person meetings doesn’t expire until September, but the city has been encouraging commissions to start resume in July. Gina Baum, chair of the Commission, said there had been pushback both from the Planning Commission and Waterfront Commission, but that the city hasn’t budged yet.

Recreation Services Division Chief Margaret Orlando said that an Alexandria City Public Schools’ survey of families found that 93% of students plan to returning to in-person teaching, which will be so many students that the schools wouldn’t be able to accommodate social distancing in recreation centers as per an earlier proposal.

“Schools can’t do that with distancing, so they’ve pretty much said everyone is coming back, so they’re not going to use recreation center space for potentially classroom space or school space,” Orlando said.

But the city’s recreation centers still face their own challenges, particularly with low staffing.

“Our challenge right now is staffing,” Orlando said. “We’ve lost a lot of staff. We’re just not getting applications. We’ll keep recruiting through the summer, but may not be able to start with highest enrollment numbers in the fall. We may have to scale back. It won’t be numbers we had this summer because we won’t have to do distancing, but won’t be full enrollment like we’ve had in the past.”

“Hopefully we’ll be able to pull everyone off of those waitlists,” Orlando said. “We’ve started pre-registration for the fall for people who need financial assistance.”

Meanwhile, the commission looked at a few other projects:

The Parks and Recreation Commission approved the redesign of one of the baseball diamonds at Joseph Hensley Park as a synthetic turf field, the first in what will be a handful of synthetic baseball fields around the city.

“This should be exciting because it’s our first one,” said Baum. “All I hear from baseball is that it’s delayed or cancelled because of rain. It’s about all I know about our baseball situation here.”

Staff said funding for the project is scheduled to become available next month, with work beginning on the park early next year.

Jack Browand, Acting Deputy Director for Parks and Recreation, said within the next three years the city should have three or four synthetic baseball fields.

The city is also on a similar timeframe for fixing some of the city’s severe flooding damage to trails near waterways. Browand said the city is likely three years away from fixing the main damaged areas along Holmes Run, but other areas of lighter damage could be fixed by the end of this year.

“We’re hopeful the area behind 4600 Duke [Street] can get back online sometime later this calendar year,” Browand said.