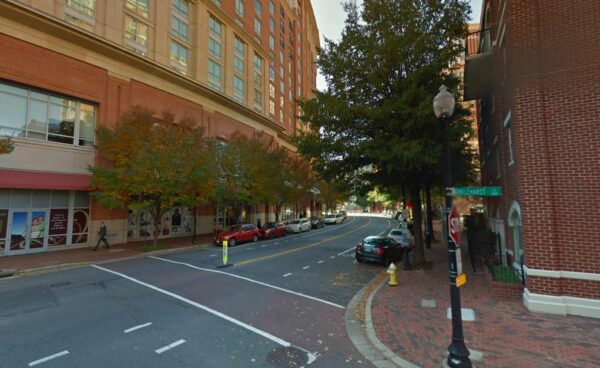 A man was struck by a vehicle in the 2100 block of Jamieson Avenue this afternoon and taken to the hospital, though his injuries are not considered life-threatening.

“We had a male pedestrian struck on Jamieson,” said Alexandria Police Department senior communication officer Amanda Paga. “[He] was taken to the hospital due to his age, but he had non-life-threatening injuries.”

The incident occurred in the Carlyle neighobrhood a block away from the Federal Courthouse and The Westin hotel.

Initial reports indicated that the man was conscious, but bleeding from the head when first responders arrived on scene.

Paga said the driver of the vehicle stayed on-scene after the incident.