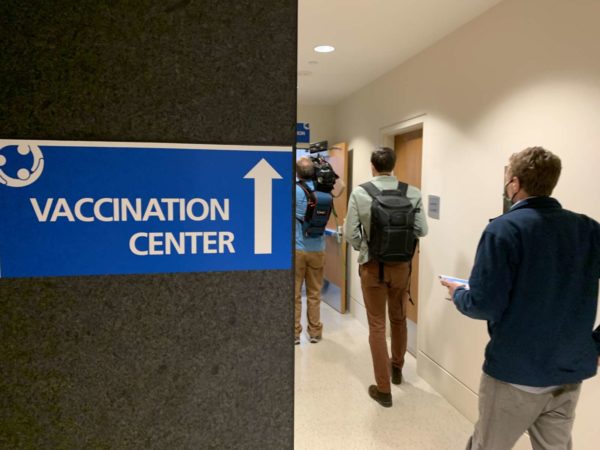 Alexandria has nearly hit 50% of its total population being fully vaccinated, but Mayor Justin Wilson said in a monthly town hall meeting that closing the gap to the city’s goal of 80% could be more of a challenge.

While much of the current percentage of vaccinated residents sought out the vaccine and signed up on waitlists, Wilson said many in the remaining half of the city could take convincing.

“Getting to a higher rate of vaccination is going to be a lot of work,” Wilson said. “If you know people who [aren’t vaccinated], go to Alexandriava.gov/vaccines. There’s a long list of clinics, including both sign up and walk-in clinics and pharmacy partners.”

Wilson said the vaccine should be fully accessible to any Alexandrian over 12.

“It is widely accessible,” Wilson said. “There is nobody 12 or above who should be unable to quickly get a vaccine right now. The 12-15 [age] is the newest category. I don’t suspect we’ll have authorization to do anyone under 12 until sometime in the fall.”

AHD is now operating vaccine clinics at Francis C. Hammond Middle School (4646 Seminary Rd.) and the U.S. Patent and Trademark Office (600 Dulany Street). Due to the transition to the new clinic locations and the Memorial Day holiday, a single vaccination clinic was held this week and the number of vaccinations administered by AHD was significantly reduced.