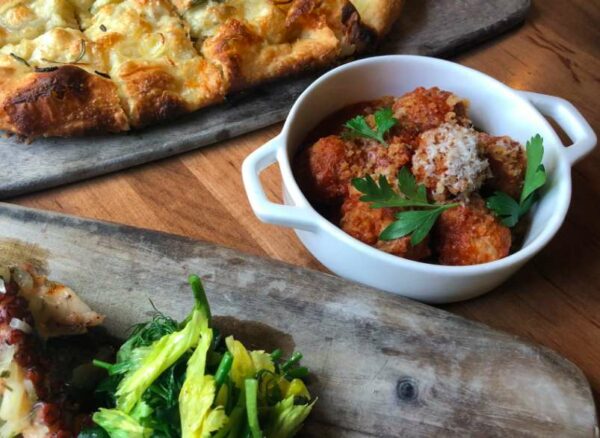 After less than a year in business, Hank & Mitzi’s Italian Kitchen has closed at 600 Montgomery Street in Old Town North, the owner announced on its website and social media on Tuesday.

“Opening a restaurant in the middle of a global pandemic was not without challenges and even with dedicated staff and loyal customers we find ourselves needing to pause, regroup, and determine the best way to move forward in this space,” the business said. “Effective immediately, we are closing Hank & Mitzi’s for the foreseeable future. We thank you for your understanding: it’s been a true pleasure serving you and the North Old Town community.”

The restaurant opened last August after closing for a renovation. Before that, for three years it was Hank’s Pasta Bar, and was a part of the “Hank’s” chain of businesses owned by the Jamie Leeds Restaurant Group, including Hank’s Oyster Bar in Old Town and two other oyster bar locations in D.C.

The now-closed restaurant was named after Leeds’ parents Hank and Mitzi. The restaurant gained a bit of acclaim a month after opening, when its executive chef won the Chopped reality show.