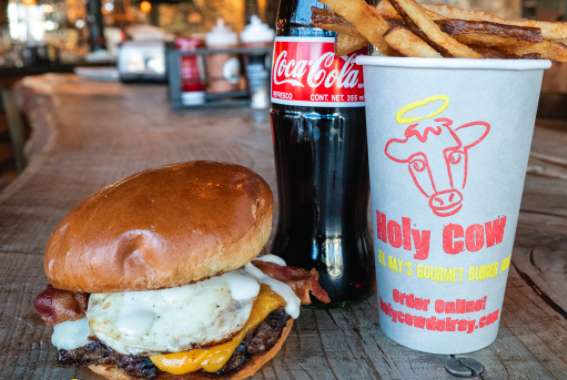 Alexandria’s Homegrown Restaurant Group is making an investment in the future.

That’s what “Mango” Mike Anderson says, now that he and co-owner Bill Blackburn have agreed to pay their 150 employees $15 an hour. Anderson says it’s about retaining good staff and thanking them for their hard work during the pandemic.

“Most of our business for the last year has been out of tents,” Anderson said. “Our staff have been out in the cold and rain and bad weather every day. My job behind the scenes was to apply for all these PPP loans and the Employee Retention Credit, and here we are at the end of this and we didn’t end up giving any Christmas bonuses this year. So, we all kind of got together and said, ‘Man, let’s try to make this $15 an hour deal happen.'”

Governor Ralph Northam was recently at Pacers Running in Old Town, where he met with Mayor Justin Wilson and spoke with employees about raising the minimum wage. Pacers has been paying its employees $15 an hour since last year.

Anderson said that tipped staff — bartenders and waitstaff — will not be paid $15 an hour, and estimates their income to be closer to $20 after tips.

“I think business is going to be strong this summer,” he said. “And we’re kind of betting on the future. Now’s the time to do it, show our appreciation and as a byproduct of this deal we’re also hoping it will attract a stronger caliber of staff to the restaurants.”

Anderson said that the company will be fine, despite an impact from increasing salaries.

“The dishwashers made like $10 or $11,” he said. “Now, with the online tip pool they’re going to make like $19 an hour. So, we’re gonna take a hit, but we’re trying to play the long game here, and the long game is to thank your customers and thank your staff.”

END_OF_DOCUMENT_TOKEN_TO_BE_REPLACED

More Stories
Bertha, the tuxedo-wearing cat, needs a new home for her spatsALXnow’s top stories this week in Alexandria