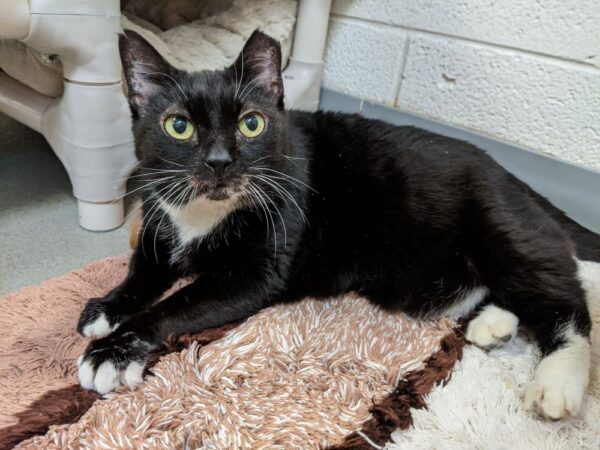 Bertha is always dressed for company. The nine-year-old short-haired cat has a built-in tuxedo, and is up for adoption via the Animal Welfare League of Alexandria.

Bertha is part of AWLA’s Super Seniors Adoption Extravaganza event this weekend, where adoption costs have been waived for more than a dozen animals over eight years old, including Bean, Cole and Mickey.

“Seniors are great pets because they tend to have experience living in homes, are generally house-trained and often know a lot of other tricks,” AWLA spokesperson Gina Hardter told ALXnow. “Bertha is super-snuggly, super-talkative and super into lounging in the sun. Who’s doesn’t want a pet like that?”

Find out more about setting up an appointment with AWLA to meet the pets at AlexandriaAnimals.org/SuperSeniors.