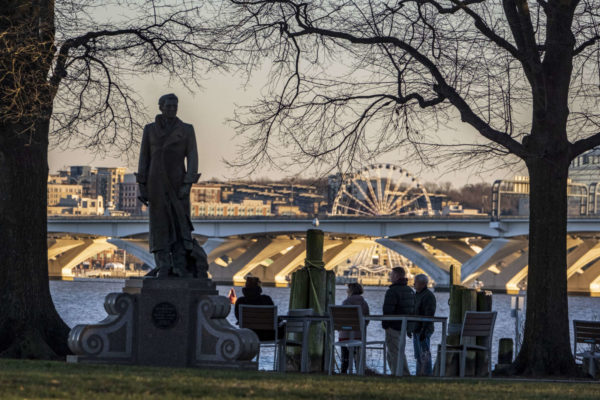 You remember how we knew basically nothing about the proposed Waterfront Museum study? Turns out, many in the city doesn’t either.

At a Waterfront Commission meeting on Tuesday, the Commission took a second look at the Waterfront Museum study and the costs associated with it.

The museum, as suggested in the memo, would house some of the hulls of ships discovered on the waterfront and countless artifacts found in the area:

In addition, in FY 2022 $125,000 is requested to conduct a Waterfront Museum Feasibility Study to assess the viability of a history center as recommended in the Waterfront History Plan and the Waterfront Area Plan. If supported, the museum would house items such as the conserved ship timbers of an 18th century merchant ship and associated artifacts excavated as part of the Robinson Terminal South and Hotel Indigo construction projects.

“I have questions myself about this,” said Nathan Macek, the Planning Commission representative on the Waterfront Commission. “I don’t have any background on this and I don’t know what anybody on the Commission does. It would be helpful to flag this for discussion or even an update from city staff who could speak to what this is.”

Jack Browand, division chief of Parks and Cultural Activities, said the funding would help determine the feasibility of the museum, and later look at the design process and what the museum would cost, but cost was a major concern for members of the Waterfront Commission as the city looks at a budget heavily strained by the pandemic.

“I want to know how much this will cost and if this is the best use of our funds when we’re not certain how this whole pandemic ending will play out,” Commission member Christa Waters said. “You’re talking about $125,000, and City Council members would tell you that’s not a lot of money, but here and there it adds up.”

Waters noted that the Waterfront Commission has discussed the possibility of a museum for years, and most recently considered putting the boat on the roof of the Torpedo Factory, though there are concerns the roof isn’t fit to hold it.

“I think we need a little more precision in what we’re asking for and a little more direction,” Waters said. “I think this is not the year to do this.”

Waterfront Commission member Charlotte Hall reminded the others that there had previously been an effort to get a museum for the waterfront going and it failed.

“I’m quite alarmed that this is coming out in a letter that we’re supporting and that we know nothing about,” Hall said. “A friendly reminder that, while I’m in favor of a Waterfront Museum, we had a Waterfront Museum at the north end of the Canal Center and it failed, and it failed for a couple of reasons. I have a hard time supporting a study for something I know nothing about because I want to make sure it’s not another study that’s just going to go on the shelf.”

Commission members asked questions like where the museum would be, but Macek explained there were few answers with the study so early in the process.

“I don’t know anything more than what’s in this paragraph,” Macek said. “This feasibility study for the Waterfront Museum kind of came out of the blue.”