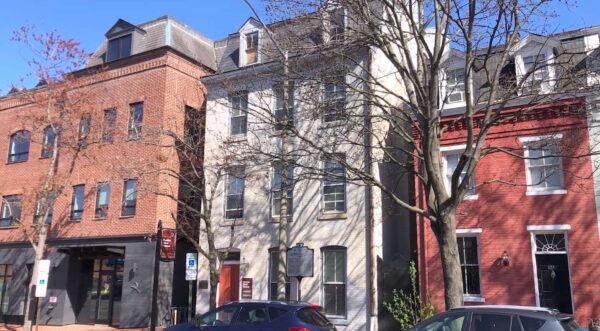 The city has opened up a little about plans to reshape a former slave trading headquarters in Alexandria into a museum centered around the Black Americans enslaved in early American history.

The reopening of the Freedom House Museum at 1315 Duke Street is planned for this fall — after it was originally planned for opening this spring.

“Between 1828 and 1861, thousands of men, women, and children were sent by ship or forcibly marched to the lucrative slave markets in Natchez and New Orleans,” the city said in a presentation on the new exhibits. “Agents of the slave dealers purchased individuals throughout Maryland and Virginia and brought them to the Alexandria Slave Pen before transport to the Deep South. The names of the enslaved can be seen today on ship manifests and court records.”

A new exhibit, prepared by Howard+Revis Design in D.C., makes the small but crucial change from the old exhibit at the site away from highlighting slavery and more towards telling the story of those who were victimized by it.

“The new exhibit will shift the focus from the enslavers to those they enslaved. While the face of evil always fascinates, the updated story will steer attention away from the perpetrators and towardst hose trafficked at the site. It will emphasize their humanity and their ability to make choices; to steer their own fate, even within the constraints of their enslaved conditions.”

The first floor of the museum will feature four rooms of exhibits, focusing on the domestic slave trade, a hallway with a list of the names of enslaved people, the experience of U.S. colored troops in Alexandria during the Civil War, and a room looking at the preservation of the museum.

Meanwhile, staff at the Historic Alexandria Museums are raising money for preservation and interpretation work at the museum. The museum is collecting donations as part of Spring2ACTion to help complete the exhibit galleries.

Photo via City of Alexandria/YouTube