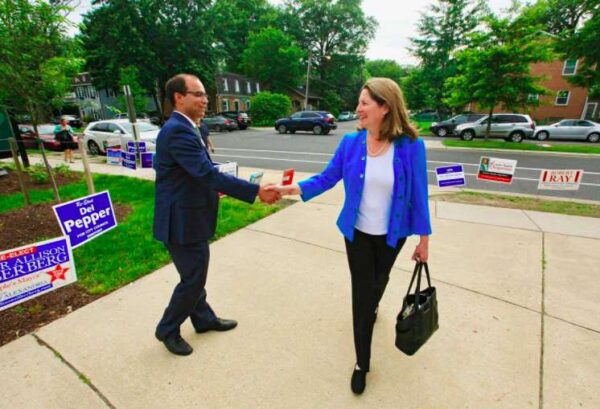 Both candidates have agreed to participate in the debate, which will be held at 7 p.m. and moderated by NBC4 Washington’s Northern Virginia Bureau Chief Julie Carey. They will face off in the June 8 democratic primary.

“We look forward to a wide-ranging discussion about the future of our City — including how we help our small businesses rebuild and thrive after the pandemic,” Del Ray Business Association President Lauren Fisher said in the event announcement. “There are few Alexandria residents who know the challenges facing our City better than Julie Carey. We’re thrilled that she’ll lead this important debate.”

Wilson defeated Silberberg by 1,259 votes in the June 2018 primary, and received 11, 442 votes, or 52.91 percent, to Silberberg’s 10,183 votes, or 47.09 percent. Wilson was vice mayor under Silberberg, who was vice mayor herself for a single term before winning a dramatic three-way primary between former Mayors Bill Euille and Kerry Donley in 2015.

DRBA will also host a virtual forum with candidates running for City Council on Monday, May 17, from noon to 1:30 p.m. Both debates will be posted on DRBA’s Facebook page and website.

“I have heard of various civic associations planning candidate forums, the ADC will ultimately have one but much closer to the election,” Tong said.

Last month, the West End Business Association conducted a virtual interview series with council candidates, and the Bring Integrity Back to Alexandria Facebook page is asking the candidates questions online.