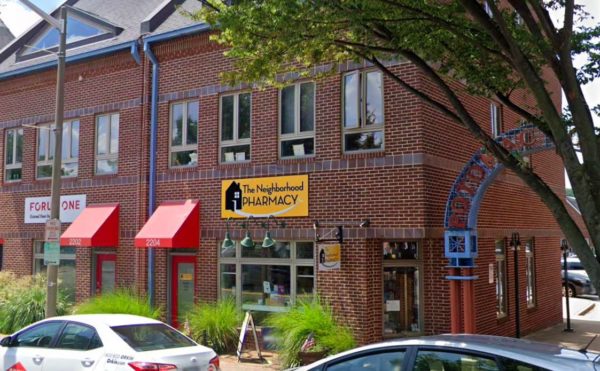 The windows of Neighborhood Pharmacy of Del Ray (2204 Mount Vernon Avenue) are boarded up after someone broke in and stole drugs and cash almost exactly a year after a pair of similar burglaries.

Staff at the pharmacy said someone broke in around 1 a.m. on Saturday, when no one was at the store, but that the thieves didn’t take much from the pharmacy.

“I can confirm there was a burglary at The Neighborhood Pharmacy a little before 1:30 a.m.,” Senior Public Information Officer Amanda Paga said. “Four suspects entered the building and took items.”

Paga said the burglary is an active investigation and there are no descriptions of the suspects. Drugs and a small amount of cash were stolen, Paga said.

The burglary occurred roughly one year after similar burglaries.

“There were two previous burglaries at The Neighborhood Pharmacy,” Paga said. “One occurred on March 9, 2020 a little after 2:30 a.m., with drugs and money stolen.  The second happened on March 12, 2020 just after 3 a.m., but nothing was taken. If anyone knows anything about any of these burglaries, they can call the Police non-emergency line – 703 746 4444.”