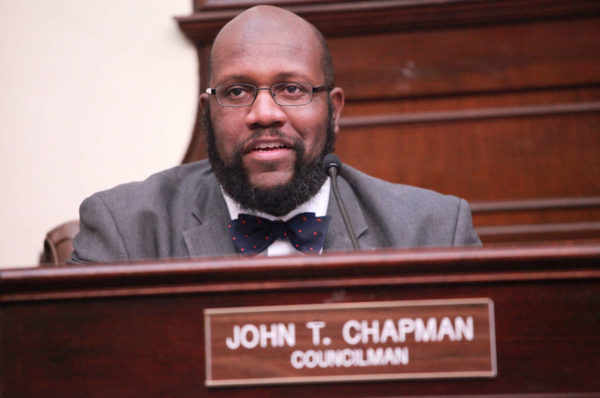 What was meant to be a fun, wholesome Super Bowl watch-party with City Councilman John Chapman this weekend was briefly derailed as the meeting was stormed by newcomers with Nazi profile pictures spouting racist slurs.

The meeting was hosted as part of Chapman’s reelection campaign. The event was open to the public and had fairly lax restrictions on who could speak.

“I caught on pretty quick once somebody started yelling the N word over and over again,” Chapman said. “We had 30 folks in with multiple pages of people. I found the person talking and they didn’t have their face up but they had a swastika.”

The first Nazi was quickly joined by more. Chapman estimated around six in total came in, shouting profanity and slurs, for around two minutes until the group’s admins were able to block them.

While white nationalism has been on the rise in the United States, Chapman said it’s the first time he’s confronted something like it head-on in the campaign trail.

Moving forward, Chapman said all campaign events are going to have a little tighter scrutiny of who gets to talk.

“We’re definitely going to use this opportunity to tighten our protocol,” Chapman said. “A lot of campaigns are going to be virtual, so we have to be tighter about who we let in and how we watch that. We have to make sure we have admins running events, because I have no doubt it happen again.”