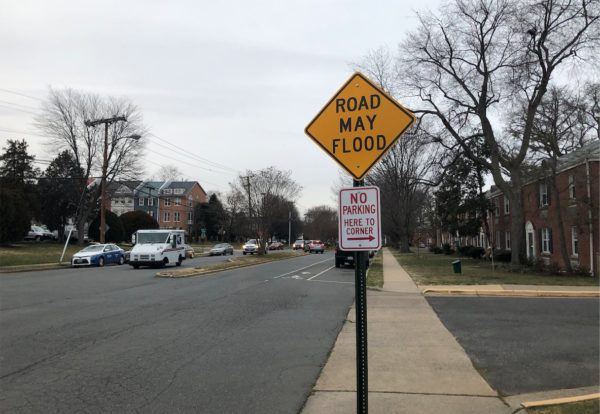 Alexandria’s Department of Transportation and Environmental Services has installed new signs along Commonwealth Avenue, Ashby Street and Glebe Road warning that the road ahead could be flooded.

Nearly half of the Americans killed in floods die in their vehicles. Cars stuck in flooded waters can also result in significant damage to the vehicle, as many locals discovered in 2019’s severe floods.

The signs are an admittedly small step in a long-term effort to overhaul the system’s outdated storm management infrastructure. Over the last two years the city has seen severe flooding that has damaged both city property and local homes, Alexandria Living Magazine reported. A heat map released last year by the city showed that the areas around Ashby Street in northern Del Ray were a hot spot for flooding during heavy rainfall.

In the meantime, if the city gets heavy rainfall soon, be aware that roads near Ashby Street could be flooded.