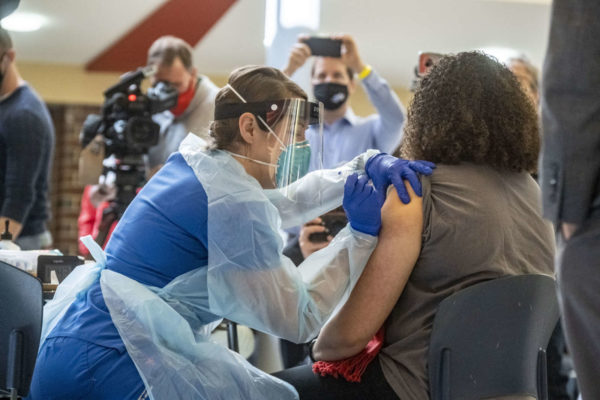 School administrators have been open about the fact that when students are allowed to return in-person, classes will be very different from how they left them. Rather than just classroom size, however, the concern is ACPS having enough faculty to handle returning students.

In December, roughly half of ACPS staff said they would be unwilling to return. Hutchings said he is confident that widespread vaccination could help restore some confidence from teachers and staff, but the school system is working on plans in case the schools face a staffing shortage.

“This will vary as we open our doors if outbreaks happen,” Hutchings said. “We could see a variance at different schools. It’s something we have to monitor on a weekly basis.”

Capacity is considered critical if it falls under 50% of staff, which is more likely with the schools already starting at a disadvantage. To compensate, the schools are looking to hire new classroom monitors to help run operations with reduced teacher capacity.

ACPS staff said there has been an identified need for 44 monitors, who are currently being hired and will be brought in over the next few weeks for additional training.

The schools are also finalizing reopening plans, such as a new policy that will mean siblings will go to school on the same days when possible to avoid additional strain on parents.

“Us having a consistent weekly update is trying to be as transparent as possible with real data,” Hutchings said.