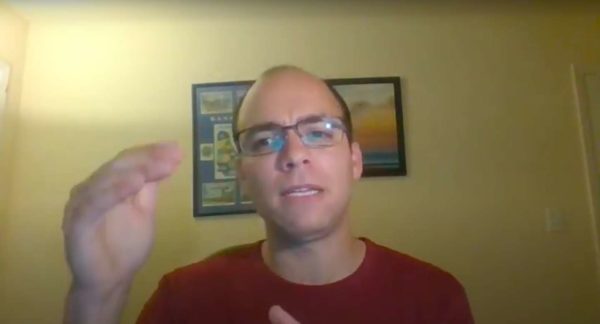 With the pandemic forcing more daily activities like work and school to go virtual, Mayor Justin Wilson said the city is doubling down on efforts to provide broadband options for Alexandria residents.

Expanding internet options beyond Comcast has been a several-year project for the city that’s hit a few bumps in the road.

“As many of you know, this is kind of a pet project of mine,” said Wilson in a town hall meeting last Thursday. “About seven years ago, put out plan for broadband vision for city. It’s gone a lot slower than we would have liked.”

Wilson noted that the city had — over a decade ago — been in talks with Verizon to expand Fios to Alexandria, but the nationwide expansion of Fios was put on pause.

The city is currently working to expand its municipal fiber network to connect city facilities and replace broadband services, Wilson said. The plan is to overbuild the fiber capacity with that overhaul and lease capacity to private companies to manage. In 2019, the city solicited the private sector for partnership opportunities, but Wilson said that prices came back very high.

Wilson said the city has since restructured and recently put the project back out onto the market, and will eventually pick a vendor to offer broadband for local residents.

“We hope to bring some competition to broadband services,” Wilson said.