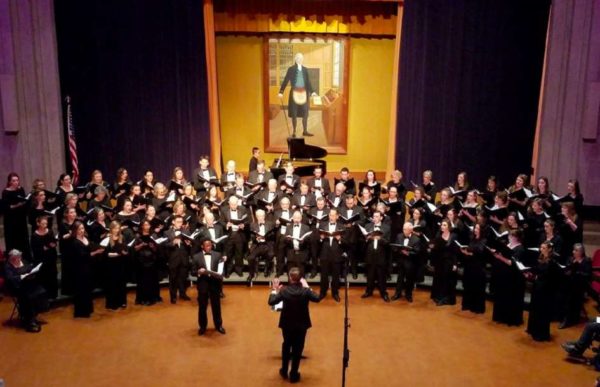 Alexandria’s course toward social justice might be long, but hope remains for a better future. That’s the message behind the Alexandria Choral Society’s (ACS) Refuge project, and if all goes as planned the five-movement piece will be performed live next May by members of the T.C. Williams High School choir.

“There’s a lot of mileage that you have to go on that journey for a better future,” Refuge composer Jonathan Kolm told ALXnow. “There’s an uplifting arc of hope, but one that is tempered by difficult circumstances that we find ourselves in.”

ACS Artistic Director Brian J. Isaac said that the piece has been labeled a “crowdsource commission,” because portions of the texts that will be sung by the choir have been chosen by the ACS members and fans in Zoom chats. The texts from the fifth movement will be chosen next month.

“Right now, we plan to present this live in May,” Isaac said. “But if it’s not safe to do so, we will likely release a portion of this and maybe a teaser of one movement or a portion of one movement in a virtual format, and then perform the entirety of this work with T.C. Williams as soon as we possibly can.”

A portion of ticket revenue from the concert will be donated to a social justice charity in Alexandria.

The first four movements will include the following texts: