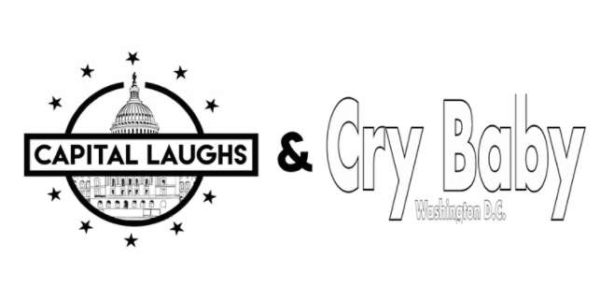 Expect stand-up comedy to continue in Alexandria while the weather holds out.

For more than a month, friends Mike Kurtz of Cry Baby DC and Jack Coleman of Capital Laughs have put on stand-up shows in an Old Town parking lot, and the performances have been a welcome relief for the comedians since gatherings have been restricted.

“I’ve noticed a lot of comedians have come back a lot looser, and now the things that they talk about are a lot more personal,” Kurtz told ALXnow. “We were all sitting at home for six months, and you have no choice but to get to know yourself to get calm. And as scary and daunting as that was, it made a lot of comedians in touch with who they are rather than who they think they should be.”

The shows have been held Thursday and Sunday nights outside The Loop (215 N. Payne Street).

Coleman said he and Kurtz have held the regional comedy scene together with shows in back yards around the area, and at a few other outdoor venues. Everyone in the audience is required to get temperature checks, wear face masks and spread out.

“The first show we did at The Loop sold out in three hours,” he said. “Mike’s been the person that held the scene together over this time, because no one else is really doing shows. Everything that comedy traditionally needs is what COVID uses to kill people — dark, dingy basement-like atmospheres with people cramped together and laughing.”

The next show is on Sunday and will feature comedian and actor Danny Jolles. Tickets cost $10 apiece and the show starts at 8 p.m.