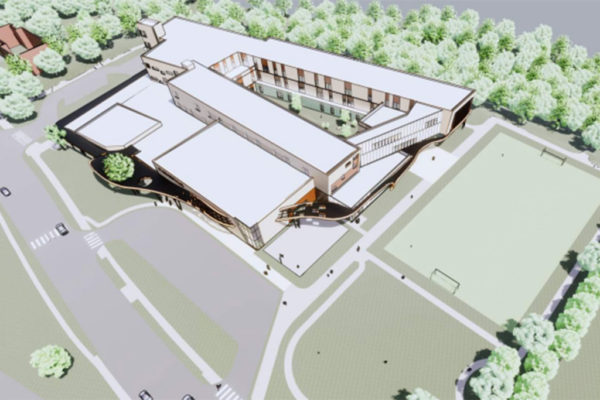 Much of the discussion and debate about added density was focused around the density concerns at the start of the meeting, but several neighbors spoke up with concerns raised throughout the process about how the larger school and facilities could impact the surrounding neighborhoods.

Lisa Porter, a nearby resident, pushed for Alexandria to require the installation of a traffic light at a nearby intersection that will turn from sleepy residential crossing to a junction leading towards the redeveloped school. The city agreed to return within six-12 months of classes starting at the school to evaluate the traffic patterns and determine whether a new traffic signal needs to be added.

Other nearby residents said they were concerned about increased recreational use of a nearby field.

Jack Browand, director division chief of the Department of Parks and Recreation, said the use should be mostly consistent with current use of the park. The field will be no larger and is designed with use for those 10 and under only.

“Community use there today will continue,” Browand said. “We expect it to be similar to what we saw with improvements at Jefferson-Houston.”

Browand said that could mean some increase in drop and play activity, but there was no lighting on the field for extended evening use.

Ultimately, the Planning Commission unanimously approved the project before headed to the City Council later this month.