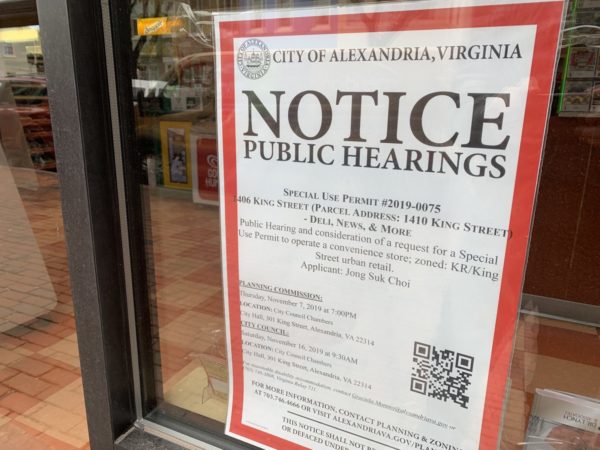 The city is proposing a series of changes that could cut through the red tape for some local businesses needing to adapt quickly to survive the slow recovery from the coronavirus pandemic.

At the upcoming Planning Commission meeting on Tuesday, September 1, the Department of Planning & Zoning will propose changes to reduce the number of Special Use Permit (SUP) approvals that require public hearings or administrative reviews. The goal is to increase the the number of commercial uses that could in a shorter time frame.

“In recent years, staff concluded that some commercial uses were subject to higher levels of regulatory approval or restrictive rules than what was necessary to control neighborhood impacts,” staff said in the report. “These regulations did not correlate with actual impacts as evidenced by the lack of complaints and zoning violations, Planning Commission and City Council approvals of SUPs on consent calendars, and sufficient regulations associated with other Zoning and City Code requirements. Additionally, staff has tracked business inquiries to learn of Zoning Ordinance updates required to accommodate new and evolving commercial uses.”

The changes are not just a response to coronavirus, but part of a long-discussed concern in city government that the city’s regulations on businesses may be too stringent. The changes were first proposed in October, but the need was highlighted by the pandemic.

The legislation would minimize regulatory requirements for:

The proposal also makes other changes to some niche commercial, including:

Staff recommends that the Planning Commission initiate and support the text amendments as noted on the attachment to align regulatory approvals with actual neighborhood impacts. The proposed amendments address residents’ concern related to noise impacts on residential properties as larger-scale outdoor uses and live entertainment at businesses require SUP approval. The text amendments also respond to the business community’s need for quicker and less expensive regulatory processes, which it found important for commercial success prior to March 2020 and is even more critical now as businesses face unprecedented challenges in this changing economic environment.

The proposals have been met with approval from some local business leaders like former Del. Rob Krupicka, owner of Elizabeth’s Counter.

Cities all over America need to face that small business regulations must change. We also need to consider differences between local/start up business and national corporate business. https://t.co/SrZxahu2Ph