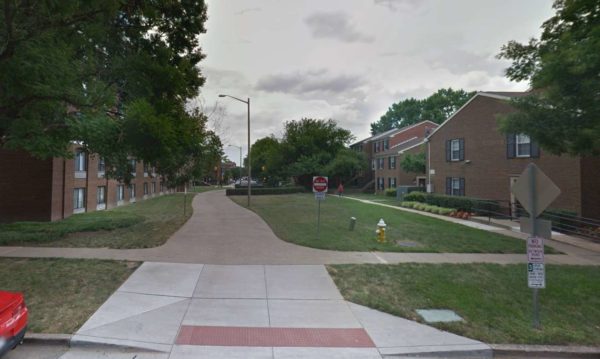 Alexandria is planning to redesign the small .7 acre Wilkes Street Park that runs through Heritage at Old Town.

As part of a planned redevelopment of Heritage, the city is planning to make the park more accessible and accomodating to all ages and abilities, according to the city website. The park also features a pedestrian and bicycle trail that connects Wilkes Street between S. Alfred Street and S. Columbus Street, a use that the city said would continue under the new design.

“The plan recommends improvements such as play areas, seating, and open passive areas,” the city said. “The proposed improvements will also feature a site-specific work of public art as approved by the Alexandria Commission for the Arts. Developers will construct the park improvements in phases, as a condition of their redevelopment approvals.”

Community involvement in the redesign is scheduled to start on Thursday, Aug. 13, with a virtual meeting at 7 p.m. via Zoom.

The guidelines say that the park is the only park within a five-minute walking radius in a community with lots of seniors.

A survey is scheduled to be available until Sept. 11, after which a developer design team will put together a series of options. The final design is scheduled to go to the Park and Recreation Commission in January for a public hearing and February for an endorsement.